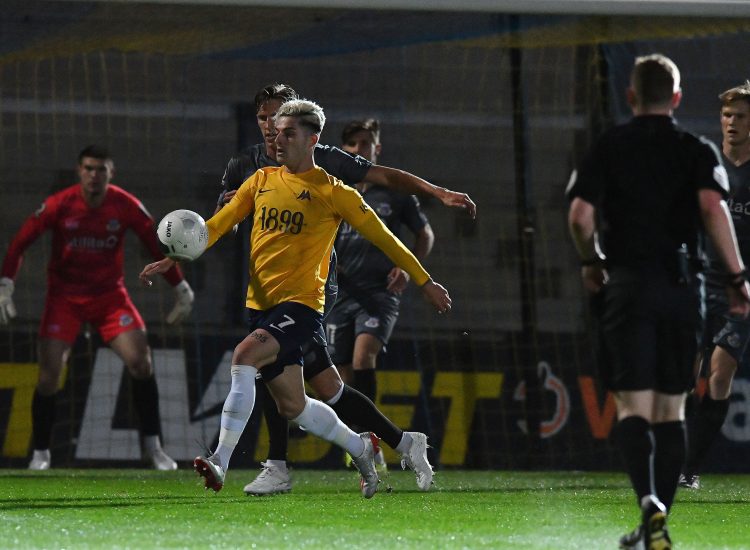 On an evening that promised so much for long periods, United ultimately slipped to defeat against Eastleigh at Plainmoor on Tuesday evening.

A show-stopping effort from Ben Whitfield gave United the lead at the interval, and despite being pegged back by Danny Holland’s deflected effort, Torquay regained the lead moments later through Jake Andrews. However late goals from Marcus Barnes and Tom Bearwish meant it was The Spitfires who left with all three points.

Manager Gary Johnson made two changes to the side that fought out a goalless draw at home to Dagenham & Redbridge on Saturday, with Ruairi Keating and Andrews taking the places of Joe Lewis and Kalvin Lumbombo-Kalala.Backed by the wind, United set about their opponents from the first whistle, pressing the Eastleigh backline at every opportunity.

Frank Vincent was the first to test Max Stryjek in the 14th minute, with the visiting keeper doing well to palm the midfielder’s rising drive over the bar.

In the 27th minute United went close again, with Whitfield’s cross finding Matt Buse in space, but his firm header was straight at Sryjek as the visitors escaped again.

There was to be no let-off though eight minutes later. Whitfield, receiving the ball 20 yards out, took a quick look up before smashing home a strike into the top corner to give Johnson’s men the lead at the interval. 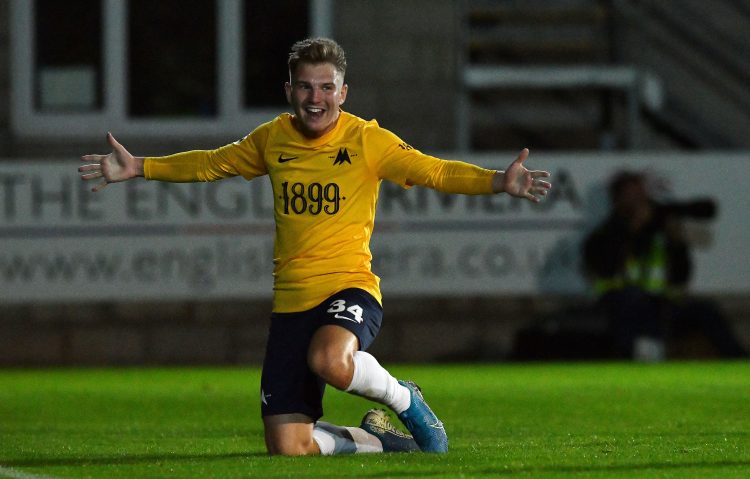 The Yellow Army would have been looking for their side take force home their advantage in the second half, but they were pegged back within six minutes of the restart.

After failing to clear their lines successfully, Hollands took aim and fired home his low drive from the edge of the box, via a deflection. 1-1.

The setback though, only lasted four minutes, as Torquay responded in perfect fashion. A neat piece of play from the ever-impressive Whitfield gave him space to send a cross onto the head of Andrews, who found the target before the ‘keeper could get there, with the Referee in doubt that the ball had crossed the line. 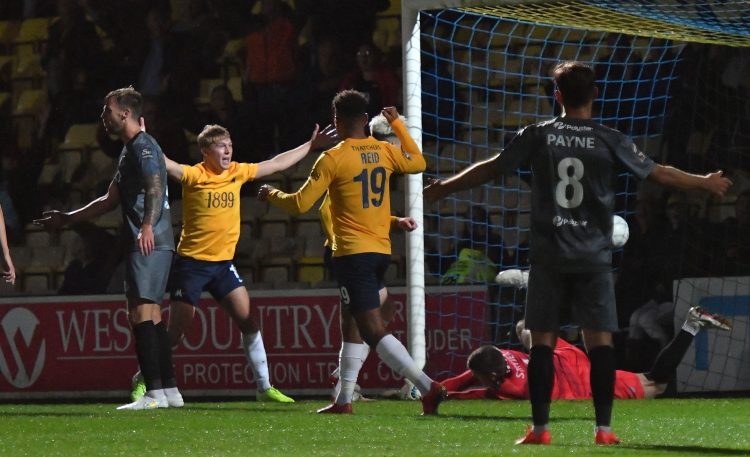 For a stage, The Gulls threatened to kill the game off. Try as they might though, the third goal didn’t arrive, and when Barnes reacted to a loose header by looping the ball over Lucas Covolan from 25 yards out in the 78th minute, United had it all to do again.

Caught between pushing for a winner and protecting a point, Eastleigh struck to steal the points at the death.

In the first minute of injury time, the visiting side broke down the left, and after sending in a low ball into the box, Bearwish was on hand to fire into the empty net at point-blank range.

An agonising defeat, but Torquay have little time to console themselves, as Johnson’s men travel to Stockport County on Saturday. Ticket and travel details are available here.