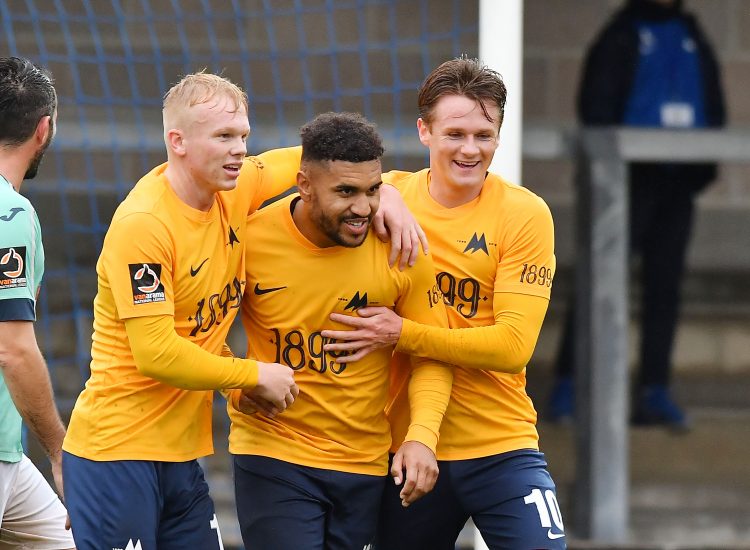 Amid the wind and the rain, United emerged victorious in an action-packed encounter against Barrow at Plainmoor.

After a Dior Argus strike put the visitors ahead, a two-goal burst from Jamie Reid, the second from the penalty spot, turned the game in United’s favour. With Barrow reduced to ten-men following John Rooney’s dismissal, the second half saw Armani Little score either side of Connor Brown’s reply, to leave The Gulls 4-2 winners.

Manager Gary Johnson opted for just the one change from the side which dispatched Boreham Wood in the FA Cup last Saturday, with Lucas Covolan replacing Shaun MacDonald in between the posts. There was also a welcome return on the substitutes bench for Opi Edwards, with the on-loan Bristol City winger rejoining the matchday squad for the first time since August.

As has been so often the case at Plainmoor recently, Torquay began the game well, with their quick passing game making light of the wet conditions early on.

Little was at the heart of most moves, as his sure touch and vision saw his side put together a number of attacking moves. One driving run from deep inside his own half saw his penetrating run open up options either side of him, however his final choice of shooting from 20 yards saw his effort just clear the bar.

Then, out of nothing, Barrow took the lead.

Having shown a penchant for hitting high balls up to their imposing front men, Angus got in behind Kyle Cameron and Lucas Covolan, and after rounding the Gulls’ stopper, he fired past the retreating Cameron and Cundy to fire the ball into the net.

To their credit, United didn’t divert from their attacking instincts, and continued to force the travelling Bluebirds back against their own goal.

A neat one-two between Ben Whitfield and Reid on the edge of the box saw the ball diverted into the path of The Gulls’ leading scorer, and from 15 yards out, Jamie made no mistake to make it all square.

Boosted by the goal, Torquay went in search of a second. Reid turned provider for Little seven minutes later, showing excellent awareness to pick out Little at the near-post, however the angle was against him, and the ball went into the side netting.

Three minutes later, the Yellow Army’s third call for a spot-kick was rewarded.

An excellent ball into the box saw Frank Vincent race onto a loose ball, and with only Rooney blocking the route to goal at point-blank range, the Barrow midfielder was adjudged to have deliberately used his hand to keep the ball out, and was instantly shown a red-card as a result.

Reid stepped up, and coolness personified, sent Dixon the wrong-way to put United ahead. 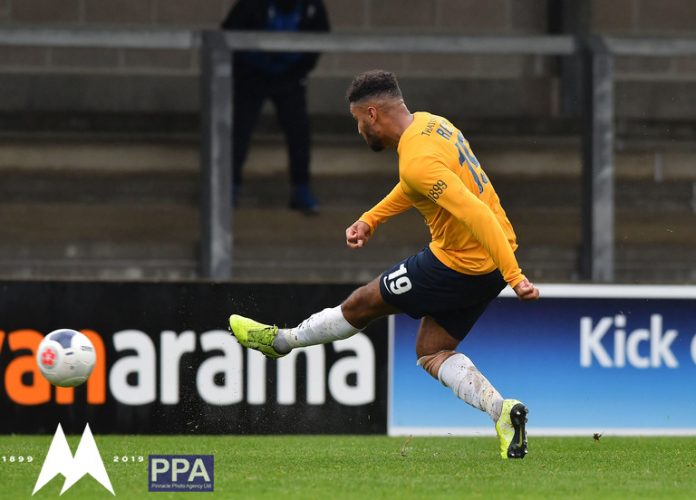 Given the turnaround in fortunes, the Plainmoor faithful probably didn’t want the first half to end, but thankfully it was more of the same as the second period got underway.

Just six minutes had been played when a dangerous low ball from Ben Wynter found Little in space at the back-post, and despite the best efforts of the Bluebird’s goalkeeper, Little lashed the ball into the net to make it 3-1. 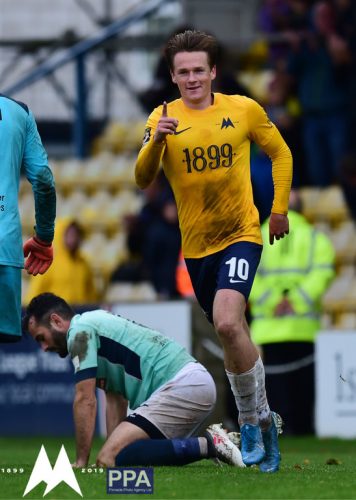 That two-goal advantage lasted just five minutes though, as a low ball into the box evaded the United defenders, leaving Brown to rifle the ball past Covolan to reduce the arrears.

Having been dominant for so long, the visitors then began to put The Gulls’ backline under pressure for the first period in the game.

Leading Barrow marksman Scott Quigley ensured the centre-back pairing of Cundy and Cameron had their hands full, with full-backs Ben Wynter and Liam Davis also coming up with timely interventions to keep the lead intact.

Wingers Edwards and Kalvin Kalala were introduced with a little over 20 minutes to go, and within six minutes it was 4-2.

With the addition of fresh pace on either flank the game began to become stretched, and with Reid finding space out on the right-hand side, he delivered a perfectly weighted ball into the path of Little who duly fired home to restore the two goal advantage. 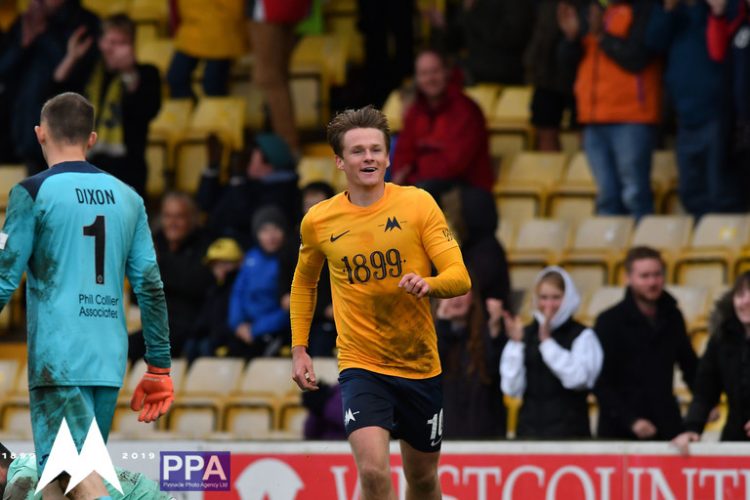 There were chances at both ends in the final stages to alter the scoreline, with Lewis Hardcastle rattling Covolan’s bar, before Buse forced a super save from Dixon.

The result saw United return to the play-off positions in 7th, with the lads having an opportunity to firm up that position in three days time, when Wrexham visit Plainmoor. Tickets are available here.