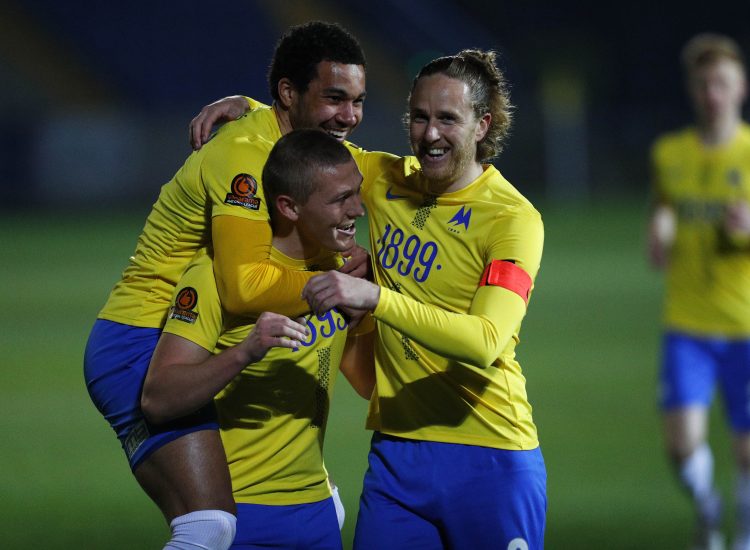 United ran out comfortable winners at Plainmoor on Tuesday evening, as they secured a 2-0 victory over Solihull Moors.

Goals from Jake Andrews and Adam Randell were enough to seal all three points for Torquay, who made it maximum points from their back-to-back home matches.

In what has been something of a rarity this season, manager Gary Johnson was able to select the same squad that defeated King’s Lynn 1-0 at Plainmoor three days ago, with the Gaffer seeing no need to tinker with the line-up following that success.

An early attacking free-kick for the visitors gave little warning as to what would soon follow, as some superb interchanging of passes in and around the Solihull box nearly saw United unlock the door early on.

Three corners inside five minutes was further evidence of The Gulls’ early dominance, with one Andrews delivery to the back post seeing Asa Hall send in a powerful header that look destined for the back of the net, before Moors stopper Ryan Boot flicked up a hand to divert the ball over the crossbar.

The men in yellow kept pressing forward though.

After winning a free-kick 25 yards out in the ninth minute, Andrews displayed his set-piece sorcery once again to bend the ball up and over the wall, leaving Boot unable to prevent the ball glancing off his near-post and into the back of the net. 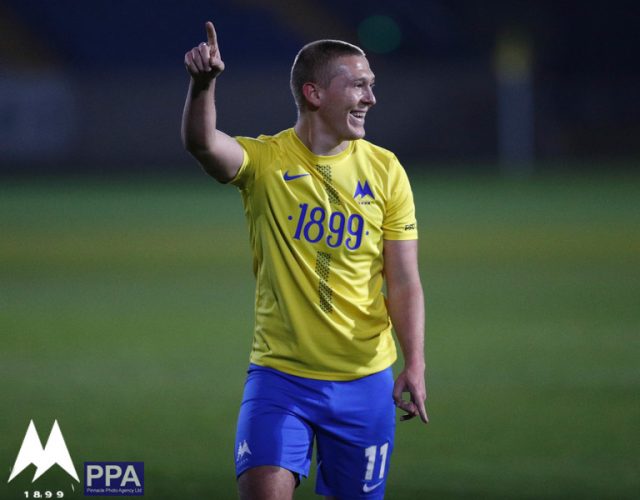 Having scored the opening goal their manager had tasked them with, the next challenge was building on it, in search of a second.

Almost constant pressure saw Torquay back their opponents up against the Babbacombe end, with Connor Lemonheigh-Evans sending the ball onto the head of Ben Wynter by the penalty spot, however the rampaging right-back didn’t have quite enough space or time to redirect his looping header, as it drifted into the empty terrace behind the Solihull goal.

The quality and pace of United’s attacks were proving far too much at this stage, however they nearly made it 2-0 via the most route-one of build-ups.

With Lucas Covolan making the most of a rare bit of possession by sending a kick deep inside enemy territory, Scott Boden was alive to the chance, latching on to it by hooking the ball over the onrushing Boot, however the ball unfortunately dipped narrowly wide of the upright.

A rare attack by The Moors nearly caught Johnson’s men out on 33 minutes though, with Kyle Hudlin using his sizeable frame to direct the ball into the path of Justin Donowa, forcing Covolan to spread himself for his first save of the match.

Three minutes later, and normal service was resumed, as Armani Little showed admirable tenacity on the edge of the area to feed the ball out to Boden on his left, however the rasping drive that followed was too high to trouble the goalkeeper on this occasion.

A golden opening to level the scores fell the way of former Gull Jamie Ward six minutes before the interval, with Hudin turning his man inside the box to leave with the Northern Irishman with a relatively simple chance at the back post, however to the Yellow Army’s relief, he dragged his low shot wide. 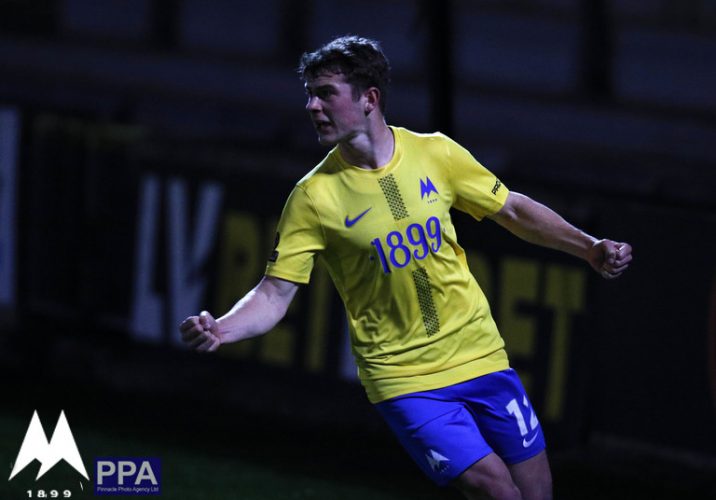 It was to prove a very costly miss moments later.

Jake Andrews did well to chase the ball down wide on the lift, and after sending in an inviting cross to the back post, Randell met it sublimely with the coolest of finishes to double United’s lead.

Hall nearly added further gloss with a third- care of a rising drive – just before the break, however when proceedings were eventually halted by the referee’s half-time whistle, no-one could dispute that the scoreline was undoubtedly a fair reflection of the action that preceded it.

The second period started in a much more even manner, with a long ball forward on 55 minutes giving Donowa the chance to control and turn inside the box, however despite lobbing the ball over Covolan, it was too high to reduce the arrears.

The visitors were clearly intent on getting the ball forward via the quickest means possible, and although there was often little grace in the way the ball arrived at their forwards, it was certainly providing The Gulls with more of a test.

United’s backline, largely redundant in the opening 45 minutes, were forced to soak up a fair amount of pressure after the restart, however it was testament to their will to protect their lead that Covolan left the field at full-time without having faced any further serious threats to a second-successive clean sheet. 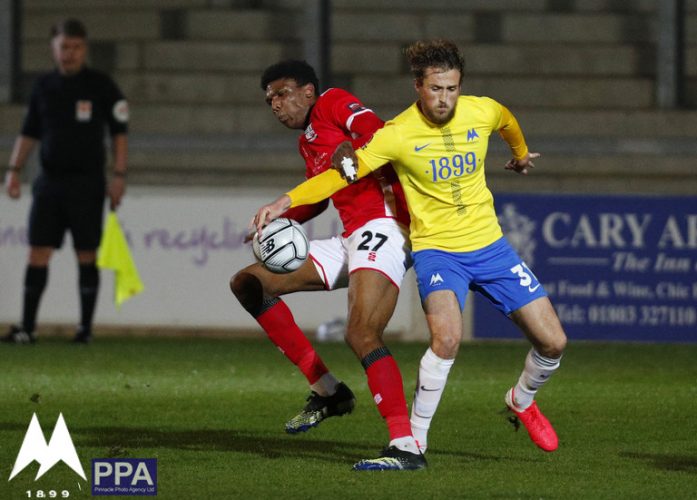