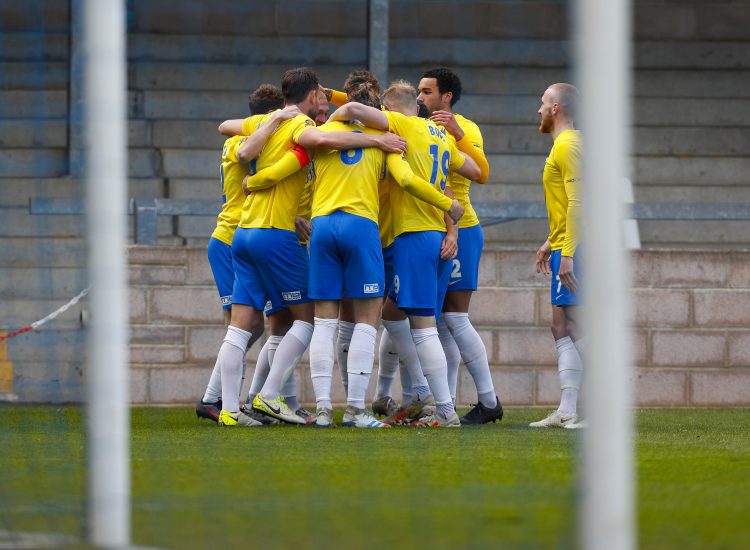 Gary Johnson’s men produced a marvellous performance at Plainmoor on Saturday, as they secured a 3-1 win over Eastleigh.

Billy Waters opened the scoring in style for The Gulls early on, and that lead was doubled by Asa Hall just after the break. The visitors replied through Tyrone Barnett, however Jake Andrews re-established that two-goal advantage, and that proved to be enough to seal another vital win.

United manager Gary Johnson made one change to the starting line-up that secured that late 2-1 win over Aldershot on Tuesday evening, with Gary Warren taking the place of Joe Lewis, whilst on the bench, there was the welcome sight of Benji Kimpioka, Armani Little and Josh Umerah all reurning to the matchday squad.

It was the home side who were quickest out of the traps, with an Andrews cross from the left in the 3rd minute, finding Connor Lemonheigh-Evans, who took a moment to control the ball before driving a left-footed effort narrowly over the bar.

Four minutes later, Torquay were ahead. Waters, with space in front of him, used his pace to break down the right wing, before cutting inside to send a superb rising left-footer into the top corner. It was a moment of real quality, with the United man fully deserving the adulation from his teammates that followed. 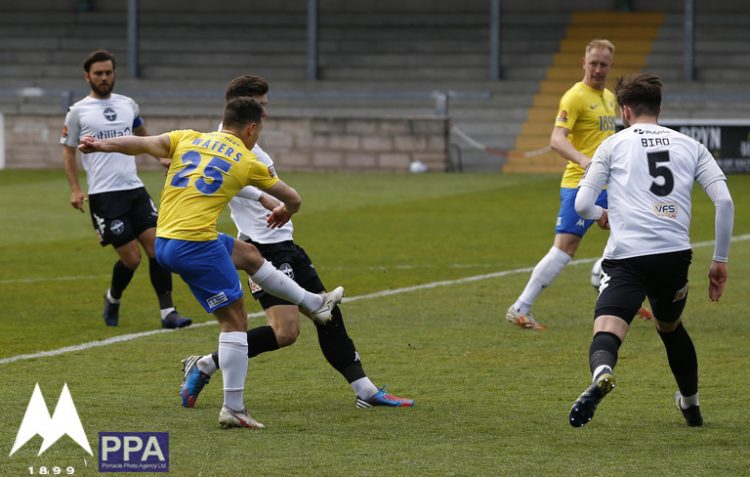 Eastleigh attempted to respond through on 11 minutes through Ryan Hill, however after working himself into a central position, The Spitfires forward slipped, with his shot duly ballooning well wide. Barnett followed suit with a low drive shortly after, however his effort didn’t unduly worry Lucas Covolan, who calmly gathered on his goalline.

Johnson’s men responded by wrestling back control of the game, with a 22nd minute Scott Boden header from a Dean Moxey left-wing cross going just over, before a Hall shot from 20 yards just failed to dip in time moments later.

The visitors created their first real chance just before the half-hour. After winning a corner, the delivery found Andrew Boyce rising by the penalty spot, forcing Lucas Covolan into his first action of the afternoon, however the Brazilian is equal to it, with a fine one-handed save to his right, before Randell cleared the loose ball.

As the game approached the interval though, it was the men in yellow who looked likelier to score, as they went close twice in quick succession six minutes before the break.

First, Waters worked space inside the area before firing towards the top corner, with Spitfires ‘keeper McDonnell doing well to keep it out. From the rebound, the ball was worked back to Andrews on the edge of the box, with his goalbound effort blocked in desperation by a Eastleigh defender near the penalty spot.

A minute later and Ben Wynter was allowed the freedom of Plainmoor as he emerged unchallenged deep inside opposition territory, before eventually firing a diagonal 20 yard effort wide of the far post.

There was to be no further amendment to the scoreline as the sides headed for the tunnels though, with The Gulls’ dominant first half showing done scant justice by a narrow half-time lead.

When the players returned to the field following the change of ends however, Torquay wasted little time in putting that right.

After winning a corner three minutes in, the ball was floated perfectly towards the near-post, where Hall stooped to fire in a thumping downward header, aided by a Alex Wynter deflection. 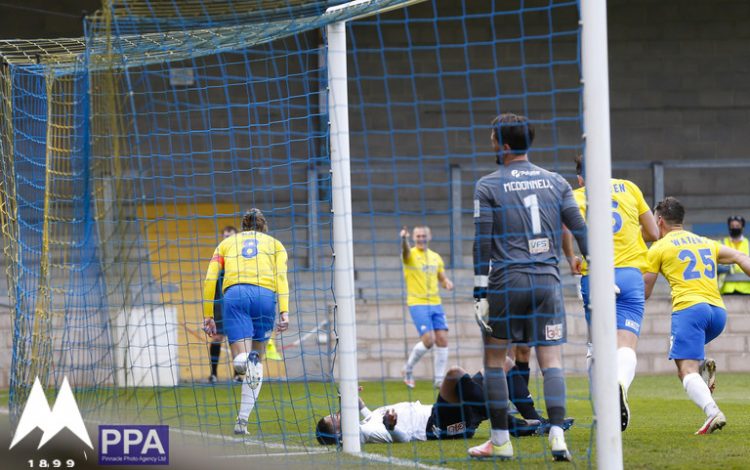 United were threatening to run riot at this point, with Waters producing some nifty footwork inside the box in the 52nd minute after being played in by Randell, however his low effort lacked the power to beat McDonnell.

To add to that frustration, seven minutes later, the game was back in the balance, as Eastleigh responded.

Just short of the hour mark, a cross from the right was diverted up into the air, and the ball landed kindly to Tyrone Barnett six yards out, and he poked the ball past Covolan to halve the deficit.

With the visiting side sensing an opportunity for almost the first time in the game, a little spell of pressure from The Spitfires would have seen a few nerves show in front rooms across Torbay, however with fifteen minutes to go, they were settled by a familiar source.

With Lemonheigh-Evans winning a free-kick on the edge of the D, Andrews’ eyes no doubt lit up. Any anticipation was well placed, as he responded to the invitation by curling the ball low to McDonnell’s right, and into the back of the net to make it 3-1. 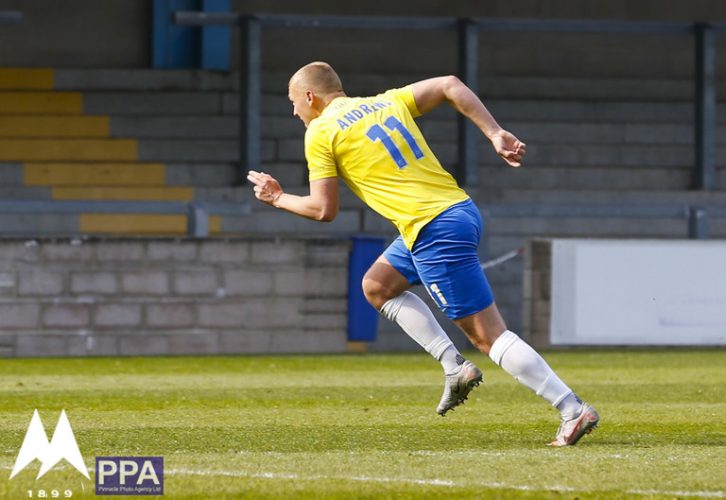 Only a goalline intervention stopped Andrews making it four with three minutes to goal as United remained on the front foot, however it mattered little, as Johnson’s men held on for another valuable three points in their pursuit for the EFL next season.

Still work to be done, but on this form, few will be betting against The Gulls from fulfilling that dream.