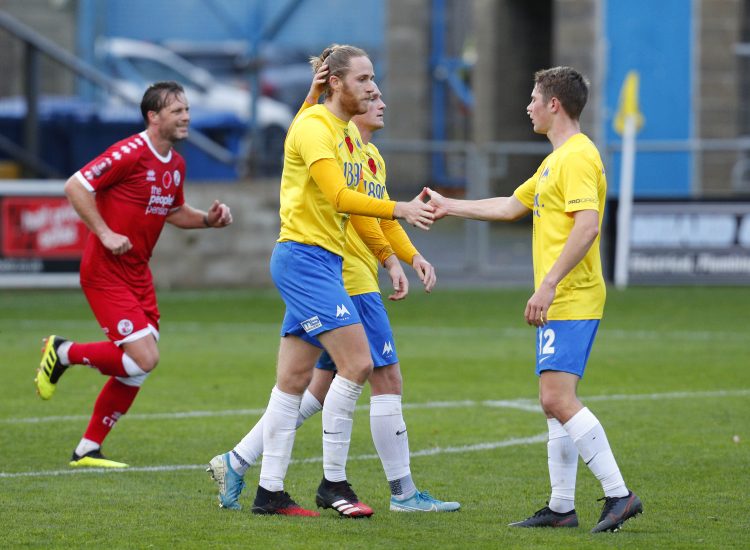 An astonishing match at Plainmoor that will make the history books ultimately ended in defeat for United as they were knocked out of the Emirates FA Cup.

United started well and did not let their foot off for the entire first half. Crawley looked dangerous on the break but United always had an answer to keep them at bay.

The first sign of United’s intent came in the 5th minute when a header from Kyle Cameron had Crawley’s goalkeeper Tom McGill reaching to his top left to touch the ball over the bar.

A minute later Crawley had to clear from in front of their own goal from a header from Adam Randell. Randell then turned provider in the 11th minute when his forward header put Danny Wright in on goal. With a defender in close proximity his shot from the edge of the box went just wide of the far post.

Crawley had their best opportunity of the first half in the 16th minute when United struggled to clear their lines from a ball back into their box. A shot from Ashley Nadesan hit the bar and United could breathe easy.

United were bright and lively and struck in the 18th minute. Aaron Nemane raced away on the counter, beating one man to the ball. He showed great composure to beat McGill at his near post. United were 1-0 to the good and were soon to strike again. 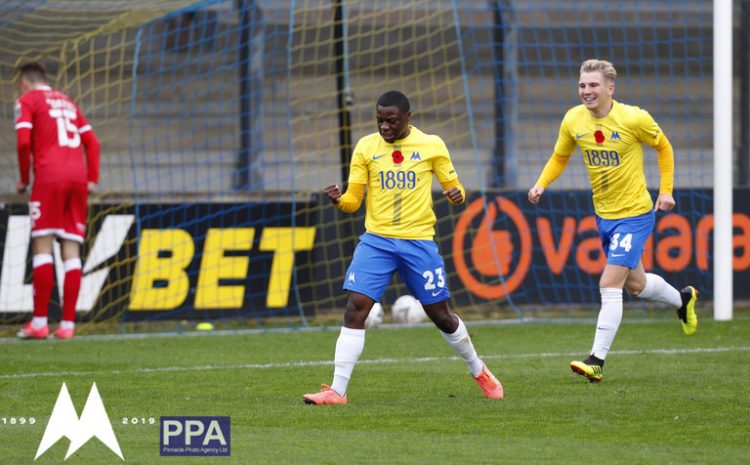 An incisive low ball forward from Moxey was expertly backheeled by Nemane into the past of Whitfield. He took the ball forward and found the far corner of the net. A goal and an assist for Nemane.

Whitfield nearly made it 3-0 in the 41st minute after some brilliant footwork opened up space but his shot hit the bar. It would have been a stunning goal.

United nearly made it 3-0 in the 49th minute after they broke and overloaded Crawley inside their own box. During the melee Crawley ‘keeper McGill took a blow to the head and the match was delayed for approximately 18 minutes while he received medical attention. We wish him the very best for his recovery.

Crawley pushed up onto United in the second half, playing further up the pitch, a reaction to how well United had done in the first half. More pressure was incoming.

In the 83rd minute Crawley were awarded a penalty after Nadesan went down in the box after he cut in from the left wing. Tom Nichols smashed the ball down the middle to make it 2-1.

In response Gary Johnson brought on Armani Little and Josh Umerah in place of Connor Lemonheigh-Evans and Danny Wright respectively.

Aaron Nemane created another opportunity in the 89th minute. He put in Umerah but a slight delay cost him a chance to shoot on goal.

A minimum of 18 minutes of extra-time was added on and United were in a battle with Crawley to keep their lead.

In the 8th minute of added on time Whitfield found Wynter who looked for Umerah. He was being tracked well enough by a defender to close the opportunity down.

United were then caught out when challenging for the same ball – Randell and Hall clashed. Randell went down with a head injury. The ball broke for Watters who beat Covolan to make it 2-2.

In the 18th minute of added on time United made it 3-2. Josh Umerah the man to poke home inside the box. 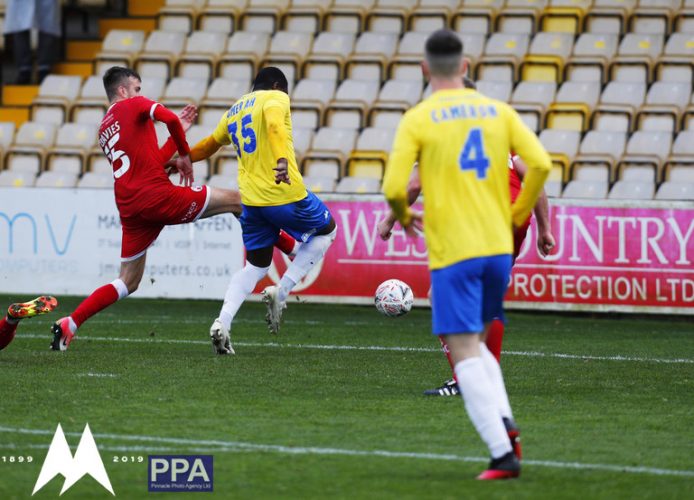 Crawley made it 3-3 in the 21st minute of added on time when an attack down their left resulted in the ball coming across the box and Tunnicliffe found the back of the net.

A push on Umerah in the 101st minute of extra time and the referee pointed to the spot. Up stepped Asa Hall to send Nelson the wrong way and put United back in front.

After all the drama there was more to come. Kyle Cameron had his shirt pulled inside the box – the referee pointed to the spot again! Asa Hall stepped up again and put it into the same corner of the net that he did for his first.

Nicholls then headed Crawley level in the 114th minute of extra-time – United struggling to stop balls coming into their box.

Heartbreak awaited for United as in the 118th minute of the match Nadesan got away from United’s back line. His low shot beat Covolan to take Crawley into the next round of the Emirates FA Cup.