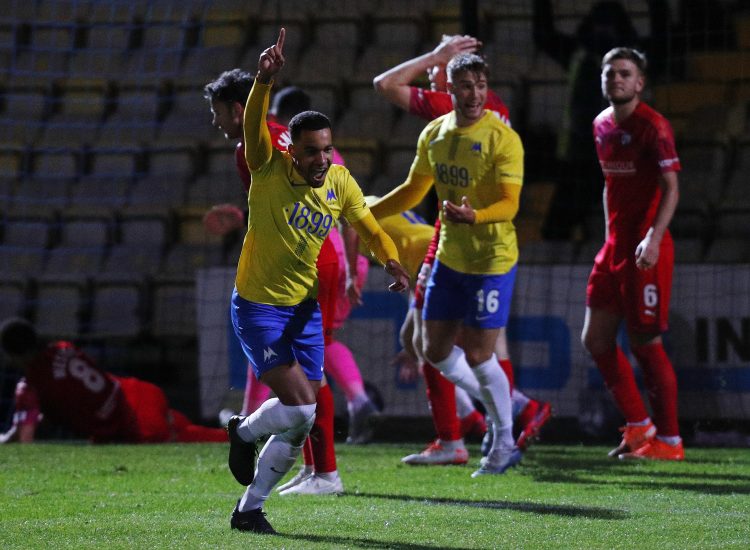 United left it late – even later – to emerge victorious against Chesterfield at Plainmoor on Tuesday evening.

Louis Britton’s quick reactions gave United an early lead, before Tom Denton levelled things up shortly before the break. Just when things looked to be heading for a stalemate, Ben Wynter arrived in the nick of time to seal United’s third stoppage time steal in four matches.

Following the win at Bromley, Gulls boss Gary Johnson made one change to the starting line-up, with Dean Moxey making his first start in a United shirt, in the place of Jake Andrews, who dropped to the bench, where club captain Asa Hall also made a welcome return.

Having come from a goal down to defeat Bromley on Saturday, Johnson’s men wasted little time in making the perfect start against The Spireites.

After a closely fought opening nine minutes, an excellent Ben Whitfield cross from the left forced Chesterfield goalkeeper Kyle Letheren into action, however his parry fell invitingly for Britton, who fired in the loose ball to give United the advantage. 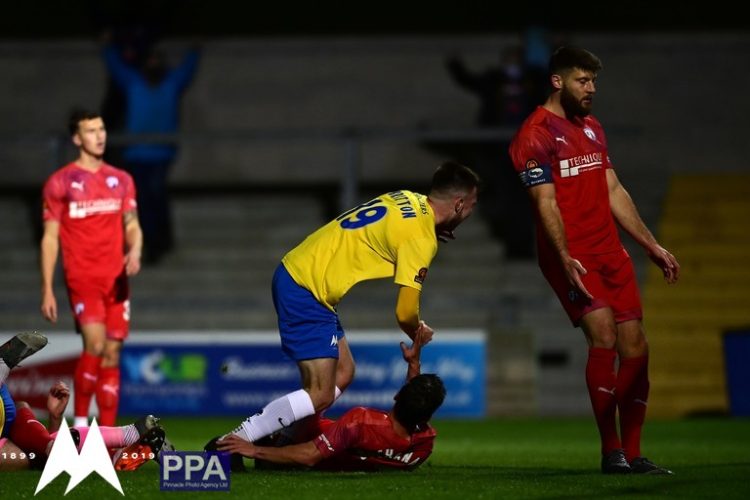 The visitors reacted well tough, and went perilously close to an equaliser on 16 minutes, as a deep left-wing cross found the head of Denton, who powered in a header, which was thankfully, just wide of the near post.

There were howls for a penalty from the Torquay contingent soon after, as Whitfield’s shot appeared to strike the arm of a visiting defender. The referee, though, was having none of it as play continued.

Whitfield was certainly having an impact on proceedings, and after another lung-bursting run down the left on 21 minutes, his right-footed effort forced Letheren to react smartly at his near-post.

After the resultant corner was only half-cleared, Wynter’s cross found Sam Sherring lurking inside the 18-yard box, however his volley lacked the power and direction required to trouble the ‘keeper once more.

Whitfield seemed determined to get himself noticed via the scoresheet though, with another low right-footed drive going just wide of the target moments later.

There appeared to be little let-up in Torquay’s dominance, with weekend goalscoring hero Adam Randell forcing The visiting glovesman into action via a 22 yard free-kick again on the half-hour mark.

Chesterfield did appear to take some inspiration from Letheren’s heroics, and towards the interval, his outfield colleagues began to impose themselves on the game for the first time. Covolan was still relatively untroubled though, until a free-kick on the edge of the box eventually lead to them drawing level. 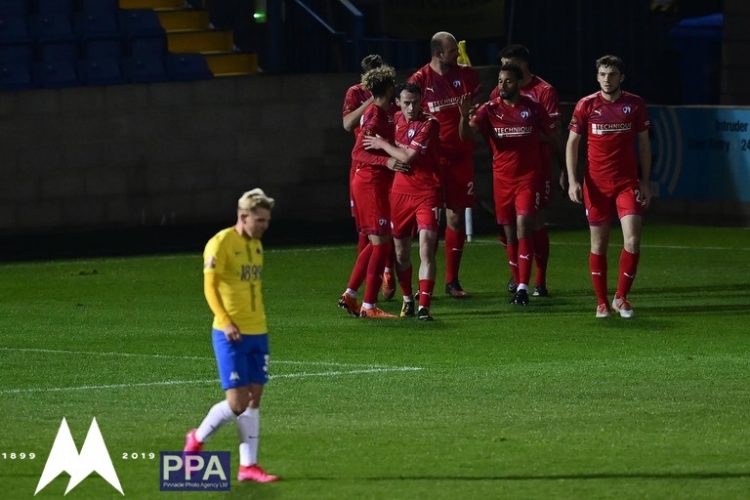 With Connor Lemonheigh-Evans adjusted to have been too physical after tracking back in the 42nd minute, Covolan did well to keep out Liam Mandeville’s low strike, however Denton was well placed to fire home the rebound, leaving things all-square at the break.

Having dominated for long periods, there was a fair degree of frustration in The Gulls’ ranks as the teams left the field, with the watching Yellow Army hoping that a similar performance in the second half would bring the goals that their side’s build-up play deserved.

Following the restart, Torquay were again on the front-foot, with Kyle Cameron going particularly close in the 52nd minute, as he glanced a corner wide of the post, before the same man went even closer from a similar delivery ten minutes later, as his goalbound effort was this time cleared off the line.

Although the men in Yellow had almost set up camp in the Chesterfield half, the visiting ‘keeper was not having to produce the same level of heroics he had produced earlier in the game, however an inviting cross from the right from Nemane in the 70th minute nearly brought some joy, as substitute Olaf Koszela headed just wide. 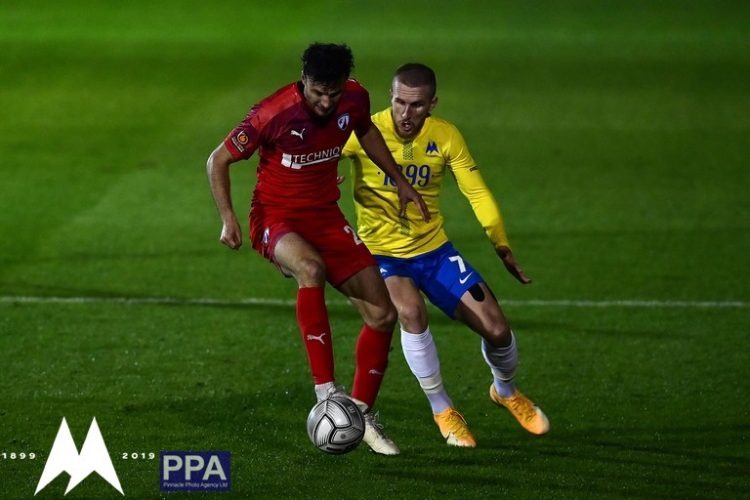 Having played second-fiddle to United – but still on level terms – Chesterfield did begin to up the ante on the break in the closing stages, with Covolan having to back-peddle quickly after Sherring was robbed of possession on the right wing, leading to an opportunist effort being fired just wide from 20-plus yards.

The home side continued to push, however as the clock ticked down to the final of four additional minutes, it looked as if a point may have been the most the evening would offer.

Torquay though, never seem to fully accept a game as settled though, and as Andrews’ last-ditch corner was curled towards the path of Hall and Wynter, it appeared to be The Gulls’ right-back who appeared to get the merest of flicks to divert the ball into the net and seal a deserved victory at the death – again.

The action stays close to home for Johnson and his men this weekend, with Dover next up, as United look to extend their winning run against Plainmoor on Saturday.

One bit of advice for United fans though – stay tuned until the final whistle. 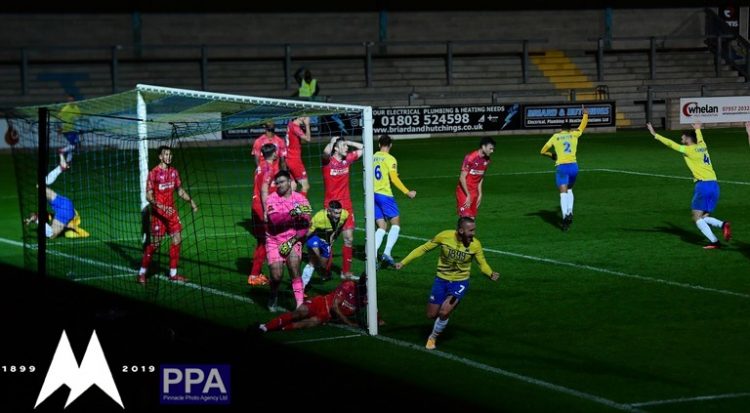