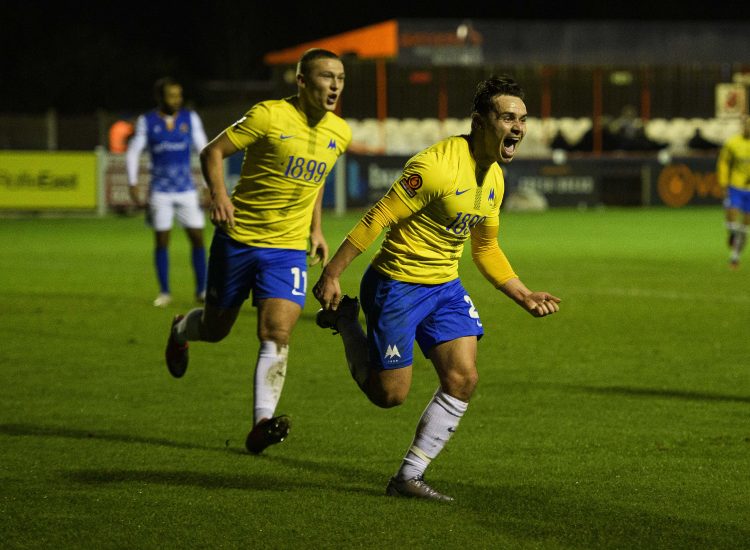 Danny Parish’s goal against the run of play gave the hosts a first-half advantage, before Billy Waters’ first goal for the club levelled things up on the hour. Waters wasn’t done though, as he pounced again in the dying stages to seal a come-from-behind victory for the Yellow Army to savour.

Manager Gary Johnson made two changes to the side that secured that 2-1 win at Halifax last time out, with Jake Andrews and Adam Randell replacing Gary Warren and Waters in the starting line-up.

United, rarely slow starters, were out of the traps like a shot, and could have been a goal up within 30 seconds.

Right from the kick-off, Ben Whitfield headed centrally towards The Stones’ penalty area, and amid some hesitant defending, fired a shot over the bar from inside the box.

That certainly set the tone for the early stages, as they practically set up camp in the opposition half, with a string of corners only further illustrating Torquay’s dominance.

Almost at will, the men in yellow opened up the Wealdstone backline, with Asa Hall and Connor Lemonheigh-Evans forcing debutant ‘keeper Stuart Moore into work.

The home side struggled to get out of their own half, and when they eventually did in the 17th minute, a purposeful run by Lemonheigh-Evans saw the Welshman run the length of the half, before squaring the ball to Aaron Nemane, who saw his low drive deflected just wide of the near post. 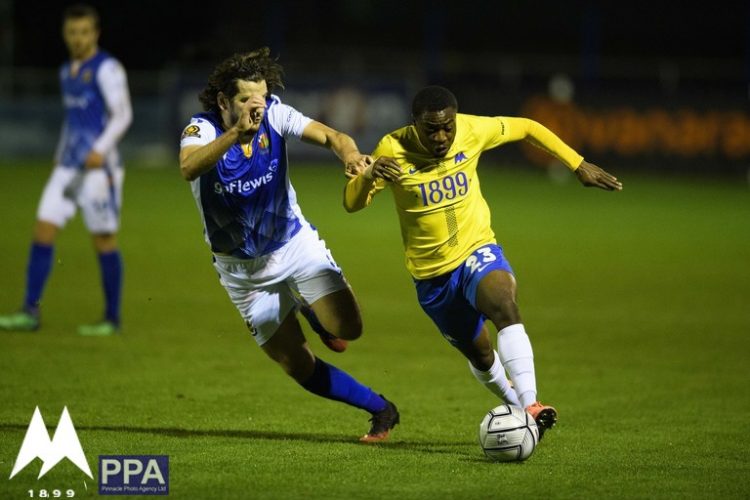 Seeing Johnson’s side in full flow was eye-catching stuff, with the only frustration being the lack of a lead that his side deserved as the clock ticked towards the half-hour.

Then, out of nothing, the home side made them pay.

In the 27th minute, a loose pass in midfield gave Wealdstone the invitation they craved, and after initially forcing Shaun MacDonald into a a brave smothering save, the ball eventually bounced kindly to Parish, who slammed the ball into the roof of net, despite the best efforts of United’s recovering defenders on the goal line.

The game instantly reverted back to its previous pattern though. Whitfield next to try his luck in the 32nd minute, with his left-footed effort from just outside the box forcing Moore to divert the ball round the post.

As the half wore on, the hosts began to enjoy themselves a little more, with a little frustration appearing to creep into Torquay’s play, as another spell of successive corners failed to trouble The Stones’ glovesman.

A stinging drive from Randell from the edge of the D flashed narrowly wide just before the 45-minute mark, before a Danny Wright flick-on presented Lemonheigh-Evans with a gilt-edged chance to level things up just before the interval, as United headed towards the dressing rooms with work to do.

The introduction of Josh Umerah and Waters signalled a change in personnel at the change of ends, and once proceedings got back underway, Torquay were again committed to attack, with their opponents content to soak up the pressure and attempt to hit United on the counter.

After failing to exploit their set-piece dominance in the opening period, Lemonheigh-Evans’ flag-kick certainly found its intended target in the 52nd minute, as Sam Sherring’s header forced Moore to gather smartly, with a number of Gulls forwards waiting to pounce.

The Stones were certainly making more of a game of it, and as the match headed towards the hour mark, United were still looking for the key to unlocking the their opponents’ defence.

For all of their class in open play, it a set-piece that brought about parity in the 60th minute.

After winning a free-kick just inside the Wealdstone half, Jake Andrews’ deep free-kick was directed perfectly towards the head of Hall, and although his effort failed to find the net, substitute Waters was on hand to steer home a header from point-blank range and make it 1-1. 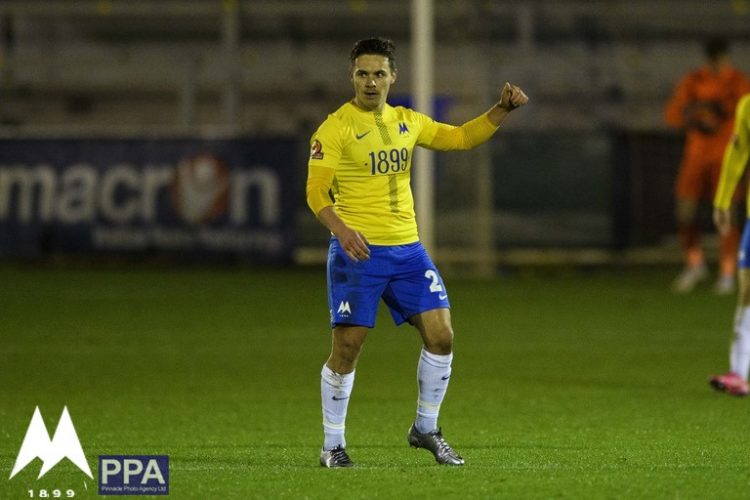 That goal saw United regain charge of the game, with The Stones forced the repel by both fair means and foul, as the free-kick tally began to rise significantly in Torquay’s favour.

Johnson’s side were not quite able to reproduce their first-half dominance, however they came within inches of going in front with thirteen minutes remaining. Some excellent wing play down the right from Nemane ended with a dangerous cross just evading the lurking Josh Umerah, as the ball clipped the post on its way to being hacked clear by a desperate home defender.

MacDonald and his defensive colleagues were having to remain alert at the other end, with Wealdstone remaining a threat when in possession, as the match remained in the balance as the game entered the final ten minutes.

In the 84th minute, The Gulls went agonisingly close, as Andrews’ corner was met with power and precision by Cameron, with only frantic defending in the heart of the goalmouth seeing the ball hacked clear, as the final touch just eluded United.

Just when it looked as though the game was petering out to a draw, The Gulls had the final word.

With the game entering the 89th minute, Andrews strode forward into opposition territory, before feeding Lemonheigh-Evans to his left. His low ball was driven across the face of goal, where Waters was on hand to stab home the ball past Moore from six yards out.

The spirit that was shown – yet again – by coming up with a last-gasp winner was backed up afterwards, with some composed defending to see things out in the dying stages.

Following back-to-back away trips, the attention now turns to Saturday’s clash with Wrexham, as Johnson’s men return home with the side remaining proudly at the National League summit.