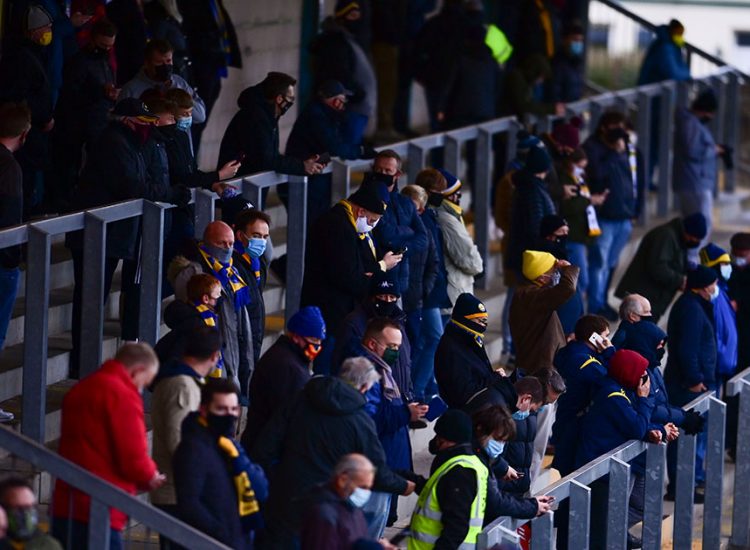 Torquay United AFC would like to place on record its sincere thanks for the unwavering support afforded to it by our season ticket holders.

In what has been a difficult past ten months for all concerned, the backing received from the Yellow Army has given the management, players and staff a huge boost, and has played no small part in the outstanding early-season form of Gary Johnson’s side, who proudly sit at the top of the National League table.

The presence of supporters inside the stadium during the past four matches undoubtedly helped inspire the lads to produce some of their finest performances of the season, and everybody at Plainmoor is looking forward to welcoming you all back again, as soon as it is safe to do so.

The club will be continuing to provide season ticket holders with complimentary access to our livestreaming service throughout the course of the season, including our popular pre-match show, which will continue to provide additional, exclusive content to its viewers.

For now, the message from the club is this:

Stay safe and enjoy the action from home, Yellow Army. We’ll see you all again soon.