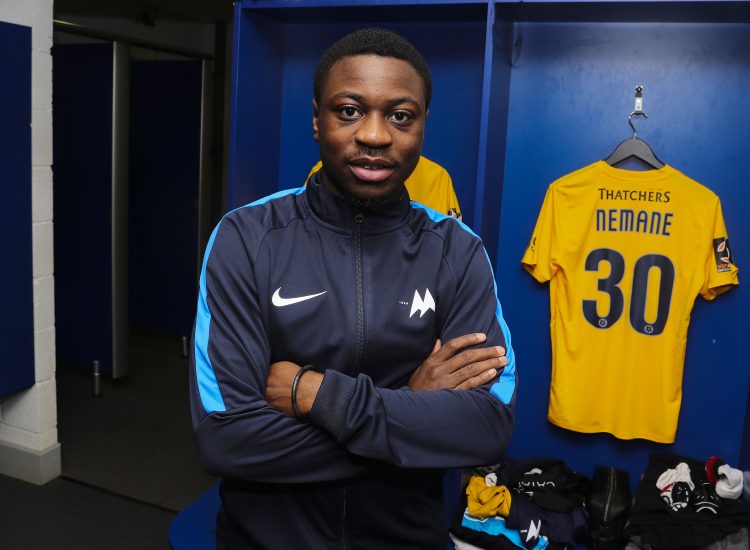 Pacy French-born wideman Nemane, 22, left the Premier League champions in the summer, having gained notable experience across Europe during loan spells at Scottish Premiership giants Glasgow Rangers, Dutch side Go Ahead Eagles and Tubize in Belgium.

Manager Gary Johnson was clearly delighted to have made another quality addition to his squad, following the arrival of Lloyd James earlier in the week.

“Aaron came to our attention so we invited him in for a few days,” said Johnson.

“He started as a young player at Man City, so he’s had a very good grounding. After working with us, we believe there’s potential there and we have offered him a months contract, before either party commits to a longer term contract.”