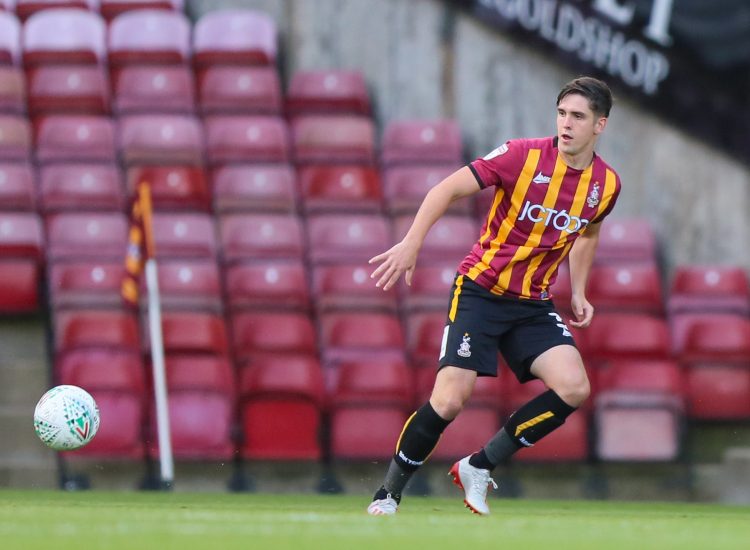 Torquay United AFC is pleased to announce the signing of Bradford City defender Jackson Longridge on loan until February.

Longridge joined the League Two side in the summer, having gained notable experience in Scotland, representing Ayr, Stranrear, Livingston and Dunfermline.

Having made five appearances for The Bantams this season, manager Gary Johnson was delighted to secure the services of 24-year old left-back.

“I’m very happy to have the opportunity to bring Jackson into our squad,” said Johnson.

“He plays at left-back or left wing-back, he has decent experience in Scotland, and has played quite a few games for someone who is 24.

“We feel he is the type that we need at this present time. It’s a months loan initially, with a view to extending it if both clubs agree at the end of it.”