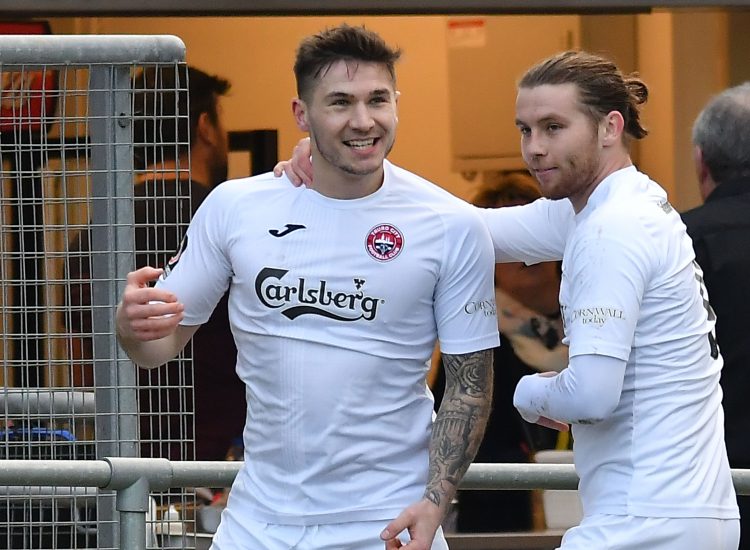 Torquay United AFC are delighted to confirm the signing of striker Jared Lewington.

Lewington, 25, has signed a professional contract with United after spending the opening months of the season at Southern Premier South side Tiverton Town, where he has scored 12 goals in 19 appearances.

Jared is no stranger to Plainmoor, having scored twice for Truro City against United last season.

“We had been searching for a player with Jared’s abilities, a robust centre-forward. who is strong in and around the penalty box,” said Johnson.

“We were impressed with his games against us last season, and we’ve kept an eye on him this season. He’s done very well for Tiverton, scoring 12 goals.

“It was like a club we felt we needed in our golf bag. It’s great to give somebody the opportunity of full-time football that has worked very hard in the quest for it. He becomes a strong member of our squad, and we thank Tiverton for their help in getting this matter done quickly.

“I wish Jared well, and hope he shows his game to us all very soon.”