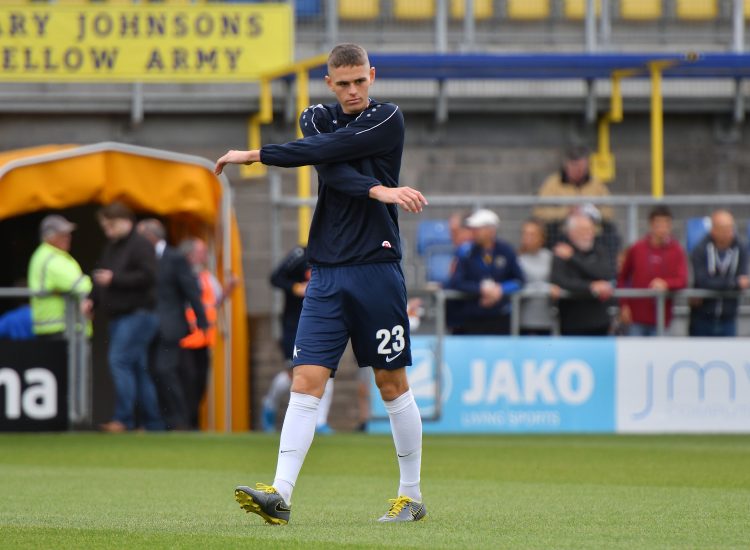 When young Gulls defender Louie Slough signed his first professional deal with the club last August, it was a proud moment for all involved.

For the player himself, the contract was the culmination of a sustained period of hard work and impressive performances for United’s Under-18 side, and it also heralded a notable footnote in the club’s link-up with South Devon College, as Louie became the first to attain professional status.

Few could possibly have been prouder than the Slough family though, whose support and guidance over the years paved the way for him to follow in the footballing footsteps of grandfather Alan.

Slough senior enjoyed a marvellous career as a midfielder in the Football League, representing hometown club, Luton, Peterborough, Fulham and Millwall over a period of 17 years, before moving into non-league football with Weymouth and joining Torquay as a member of Bruce Rioch’s coaching team in the early 1980s.

With football clearly in the blood, it was during the last pre-season that Louie took the opportunity to showcase his own talents alongside Gary Johnson’s first team, with a number of fine performances marking him out as one to watch for the future.

After taking his place on the substitutes bench for a number of first-team matches, it was unfortunate that injury put his remarkable progress on hold prior to the season’s premature finish, however anyone that has seen Louie in action knows only too well that the best is yet to come.

Thank you to all our sponsors, including Louie’s Player Sponsor: