The MANarama Big Interview: Jamie Reid reveals all about his fantastic 15 months! 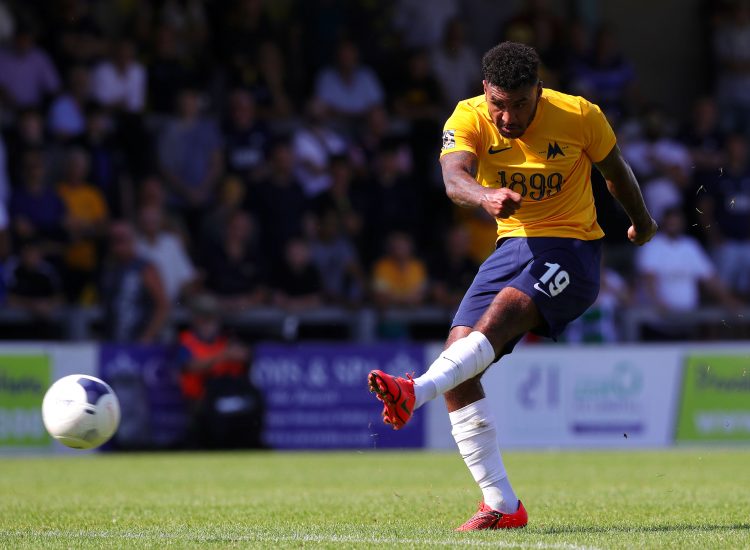 The MANarama Big Interview: Jamie Reid reveals all about his fantastic 15 months!

Ever wondered the reason why Jamie Reid hasn’t been able to stop scoring for the past 15 months?

It’s not what you think. He’s quite open about it, actually.

“It was very hard getting relegated like we did from the National League the year before last,” the striker, 25, explained.

“It was easily my toughest moment in football. We weren’t in a good way, any of us. We took it quite hard.

“So I made a decision to get a little bit of help and I started to see things a bit clearer. I took some time out with Chris Fleet, who is a hypnotherapist. Just an hour a week, but it changed things for me.

“It’s not all about the positive thinking of course. I have worked hard, and had good people around me including the manager and staff, but Chris started to get my mind in a much better place.

“He taught me to block out the bad things about football and only see the good. It sounds simple but sometimes a little bit of help can really change your perspective. He is fantastic, absolutely brilliant.

“It helped me have the season I had last year, no doubt. It’s put me in a place to return to the National League and carry on from where I left off.

“It’s easily one of the best decisions I made and I recommend it to anyone.”

After his 32 goals in all competitions last time out, you could be forgiven for thinking he is looking to go one better a year on.

After all, he already has 14 goals and we’re only in November. Not quite.

“I actually don’t see it like that,” he said. “I just love football – I don’t live off the stats.

“Last year actually ended in disappointment, I missed a penalty which would have taken me to 30 in the National League South! You can’t read too much into being top scorer.

“I’m looking to improve every game and become better and better. It’s been a great year so far and I just want us to keep playing how we are.”

Currently the top scorers in the National League, The Gulls’ tally of 38 sees them play the role as the division’s great entertainers.

“That’s how the manager Gary Johnson sets us up,” Reid said. “He’s a very attacking manager and as a striker you won’t be hearing me complain about that!

“We’re in really good form. Away from home we been really good too. In three of our last four games on the road we have scored four times in each of them.

“That’s what you have got to try and do.”

Some scoffed when Reid said in late August that Torquay aren’t just aiming for the play-offs.

So, more than two months on, what is his view on a push for another championship?

“Still very much the same!” he smiled. “If you don’t aim for the top, what’s the point?

“We think we are getting stronger all the time, maybe we are doing better than some expected of us before a ball was kicked.

“You have always got to try and achieve your goals. You shouldn’t be playing if you don’t want to try and win things.”

Sounds like the power of positive thinking isn’t just confined to the 18-yard box.

ONE SIMPLE TEXT CAN BOOST THE MANARAMA CAMPAIGN!

Getting involved with the MANarama campaign as we try to combat Prostate Cancer could not be more straight forward.

Give… donate to Prostate Cancer via text

Go… then bring others into play by sharing on social media with #GiveAndGo.

FREE MINIBUS FOR YOUR CLUB

To say thank you to the incredible fans and clubs of The National League for supporting our MANarama campaign in aid of Prostate Cancer UK, we’re giving a FREE minibus away to one club.

When your club hits £500 they go into the hat! Find your club’s page here:

Massive thank you to the clubs that have raised the most so far.

For the latest van leasing deals head to Vanarama.

For the latest car leasing deals head to Motorama.