“The Yellow Army Needs To Be Out In Force” Says Gaffer 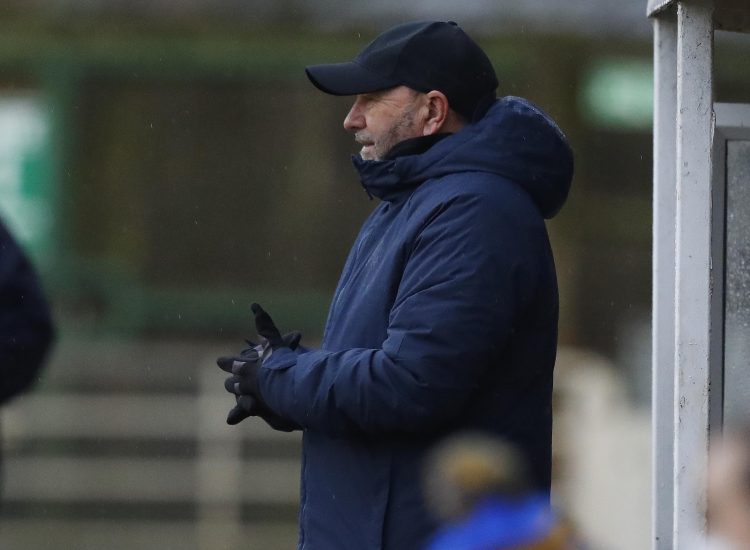 “The Yellow Army Needs To Be Out In Force” Says Gaffer

United manager Gary Johnson is calling on the Yellow Army to assist his table-topping side, as they look to secure another vital three points against Dagenham & Redbridge at Plainmoor tomorrow night.

“I think the name of the game this week, as the boys were a bit disappointed with their performance at King’s Lynn, is that Yellow Army needs to be out in force for us tomorrow,” said Johnson.

“We just need that extra bit of oomph (motivation) that can only come from the Yellow Army – we thank you for your support against Maidenhead, and the boys appreciated it.”

Saturday’s encounter at King’s Lynn may not have produced the win that The Gulls craved, however it did further stretch United’s unbeaten run, and saw them extend their lead at the top of the National League to six points. Those impressive statistics certainly haven’t been lost on the Gaffer.

“It’s an important game for us, we’re still unbeaten in 11 games, and if people were to say after 13 games that we would have won 10, drawn 2 and lost 1, we’d have bit their hands off, or said that’s not possible!

“It was though, and it happened, and we’ve just got to try to keep our game consistent. We understand the number of games we’re playing, but that’s the same as everybody else, so we’ve got to stay positive and carry on regardless.”

Although Dagenham’s 1-0 home defeat to Altrincham on Saturday did little to assist a side that have won only three of their opening twelve fixtures, impressive wins over Boreham Wood, Wealdstone and League Two side Grimsby in the FA Cup – as well as a defiant ten-man draw at 2nd placed Sutton – is further proof of the strength of the division this season.

Torquay’s manager is fully aware that any team can beat any other on their day, and will be calling on his own side to take centre stage in front of their own supporters.

“Although they had a poor result at home to Altrincham – who are actually in very good form at the moment – Dagenham have some dangerous players, and once again we’ve got to make sure we’re aware of that.

“We need to make sure our dangerous players are heavily involved in the game.”

Click here to book your place at Plainmoor on Tuesday evening