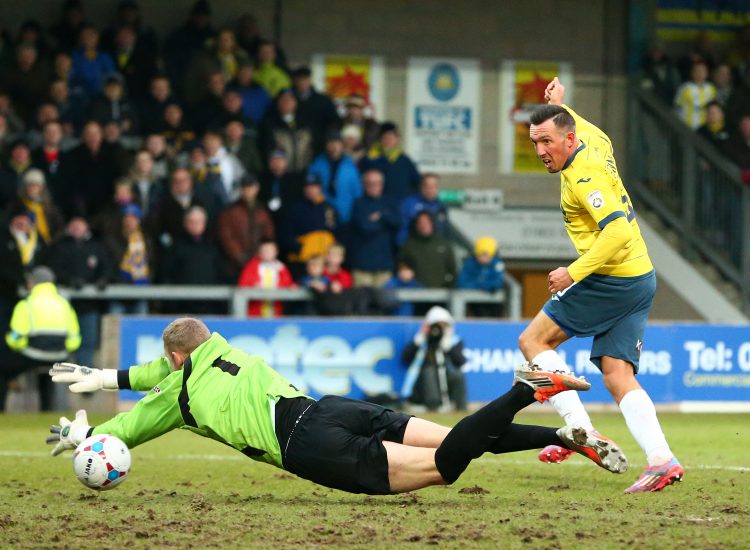 Just under five years ago, 3,805 fans packed into Plainmoor, as The Gulls took on FC United of Manchester at the Quarter-Final stage of the competition.

With the Manchester-based side enjoying their best run in the competition, a sizeable travelling contingent cheered on the Northern Premier League side, thus creating a bubbling atmosphere.

The match itself was a pretty even contest, settled by a late strike from leading scorer, Ryan Bowman.

Bowman, who was proving something of a talisman for United in the competition, notched his fifth Trophy strike in four games after beating the offside trap in the 82nd minute, before firing under goalkeeper David Carnell.

Although FC United rattled the crossbar in search of a late equaliser, it was Chris Hargreaves’ men who made it through to the two-legged final against Wrexham, where a 5-1 aggregate defeat, despite another goal from Bowman, would end dreams of a second Trophy showdown at Wembley.