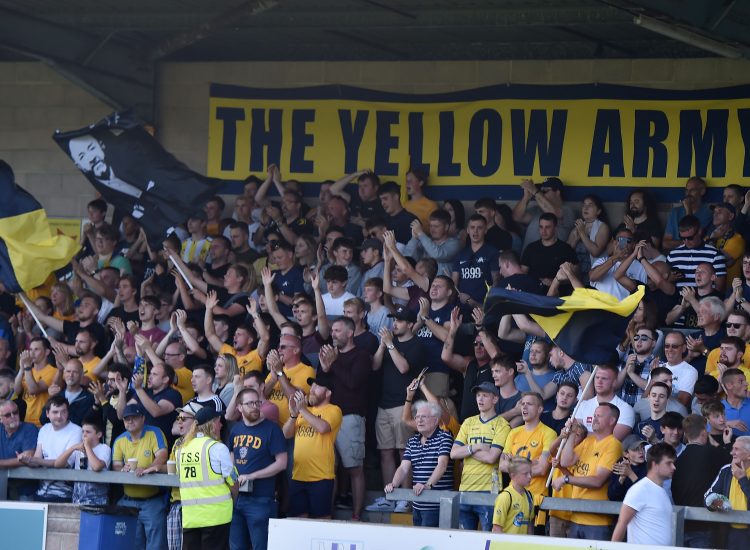 We are delighted to announce after months of careful consideration the launch of the Torquay United Supporters Club (TUSC).

The TUSC will be a non -profit organisation, run by fans for fans, building a communication path to enable a strong relationship between the club and the supporters and acting as an independent democratic voice.

It will actively work with Torquay United AFC in building relationships for the benefits of the supporters, local community and all stakeholders.

The Club’s compliance Manager, Andrew Candy will oversee and facilitate the process and added “The introduction of a Torquay United Supporters Club, is something that the Club has been looking at for a while, and it’s great to see it come to fruition. Given the fantastic benefits that will be associated with being a member, I anticipate there to be a good uptake from this”

The TUSC will be an independent body granted official status in order to:

There will also be a number of other benefits to becoming a member which will be agreed between the TUSC Chairperson, their Board and the Club in due course.

The first step is to appoint a Chairperson and committee for TUSC and to agree the terms of being granted official status. This is a common requirement for all official supporters’ clubs.

The Club through Andrew Candy will help facilitate the appointment process but will not have any involvement in selecting the successful applicant.

Those who are interested in becoming Chairperson, secretary, treasurer or a board member, please can you contact Andrew Candy via telephone or email to nominate yourself. The closing date for applicants will be Friday 27th September 2019. After this date Andrew Candy will be in contact with all applicants and facilitate the meeting to appoint the Chairperson, secretary, treasurer and board members.

Once a Chairperson has been appointed, and the terms agreed, the TUSC will be granted official status and supporters will be able to join as members.

The TUSC will be independent from the Club and will be run by supporters, for supporters. However, Dominic Mee in his new role as Media/Supporters Liaison Co-Ordinator will act as a conduit between the Club and the TUSC.

Please can we ask that anyone interested in being Chairperson or on the committee contact Andrew Candy on 01803 328666 or via andrewc@torquayunited.com