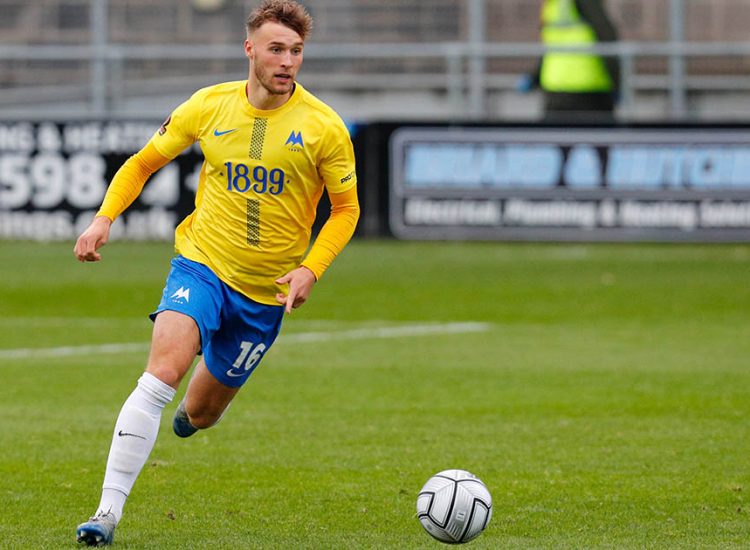 Torquay United is pleased to announce the loan extension of defender Sam Sherring from AFC Bournemouth until the end of the season.

Sherring, 20, has been a big part of manager Gary Johnson’s plans this season. His versatility and ability to score goals has seen him become a firm favourite with the Yellow Army.

“It has been a good week,” said Johnson, who has also added striker Rob Street from Crystal Palace and extended the loan of Adam Randell from Plymouth Argyle recently. “We’ve managed to secure another loan extension, along with Adam Randell, we’ve now secured the services of Sam Sherring.

“Sam has done fantastic since he’s been with us. He’s been a major part of our success so far and I’m please to say that he, along with Adam, are enjoying their football – enjoying the first team experience they are gaining. Hopefully Sam will carry on enjoying his football with us.”