Versatile Lewis Proves His Worth 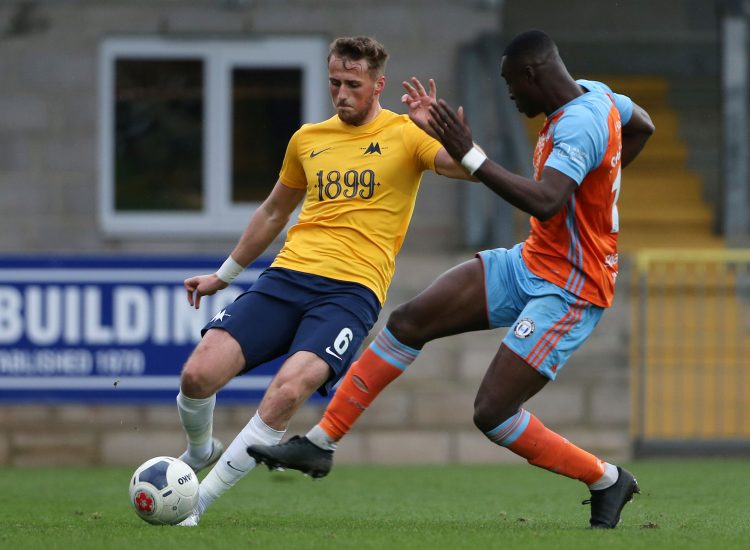 Versatile Lewis Proves His Worth

When Joe Lewis arrived at Plainmoor last July, the Yellow Army were eager to see the Swansea City loanee in action at the centre of United’s defence.

However as the season unfolded, Joe’s commitment to the cause would see him excelling in a range of different positions, with his versatility providing a huge boost to manager Gary Johnson’s selection options.

Prior to his arrival in South Devon, Lewis had already made a name for himself as one of Swansea’s most promising youngsters, a point highlighted by three appearances for the Championship club during their 2018/19 Checkatrade Trophy campaign.

Joe, also capped by Wales at U19 level, got a unique opportunity to pit his wits against his soon-to-be teammates last pre-season, as he took his place in the City U23 backline to face the Gulls in a friendly between the two sides.

Just a couple of weeks later, Lewis would make his debut in United’s colours, taking his place in the left-back slot vacated by the injured Liam Davis.

Although the result didn’t go Torquay’s way on that occasion, he remained a regular part of the matchday squad, with every minute gained slowly adding experience to Joe’s obvious talent.

An excellent showing at centre-back in the 1-1 draw at Woking helped pave the way for a good run of form for Johnson’s men, with another starting appearance coming his way in the 4-2 home win over Harrogate that followed – this time from the centre of midfield.

With United’s luck with injuries showed no sign of abating, it was already clear that Lewis was becoming an invaluable member of the squad.

As the side approached the National league summit in the Autumn, Lewis would again see further action from the middle of the park, particularly when closing out games, before United’s injury list eventually coincided, perhaps dictated, a lack of form towards the end of the calendar year.

With neither first-choice full-backs available, Joe again displayed maturity well beyond his years by filling both slots with ease, before a switch to a three-man backline alongside Robbie Cundy and Kyle Cameron heralded a resurgence in the team’s form in the New Year, and with it, significant appreciation from the Yellow Army.

By the time the season was prematurely curtailed following the match at Sutton, Lewis had amassed 28 appearances in all competitions – Just the sort of experience that both clubs, and also the player himself, would have hoped for back in July.

Thank you to all our sponsors, including Joe’s Player Sponsors: