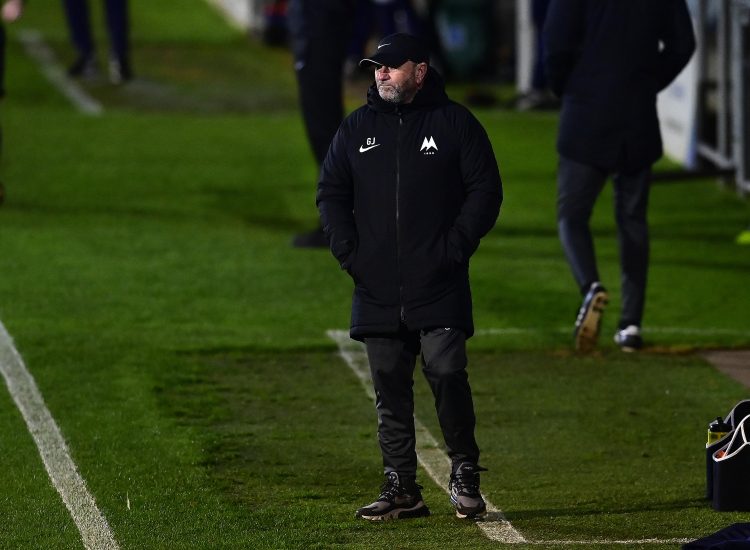 After seeing United grab their third injury-time win in four games, manager Gary Johnson paid tribute to the spirit shown by his side.

“It’s a magnificent finish to the match when you win it 2-1, and to get your second goal with 30 seconds to go,” began Johnson.

“That’s the time to get the winning goal, although I’d much prefer to be two or three nil up before that time!

“Our lads haven’t given up, and we’ve had a good start to the season now – a very good start. That’s back-to-back wins, and we need to keep that going, keep believing in ourselves, and we’re learning whilst we’re winning.

“We had some quality performances today, and we need to see if we can hone in on their qualities, and get a little bit more consistency in our play during the game, as well as from game to game.

“We’re passing it well, we’re showing great spirit, and we’re creating chances. We should have been a couple up before they scored, so that disappointed me at half time. I let a few know that I felt that we had to do a bit more in their penalty area to get on the end of something, and of course we suddenly had Wynts and Asa fighting for the goal. There’s two lads you want if you’re going to war in the penalty box ,and they’re still arguing now who had the final touch!”

Although there was some despite regarding the winning goal, there was no doubting the commitment shown by his side, as they moved up to fifth place in the early standings.

“They will look at the video, and I’m sure they’ll decide, but I’ll give them half each, as Wynts has had a fantastic game, and it’s nice to have Asa back, as it was great to see Dean Moxey – He showed some fantastic quality. Unfortunately the boys I took off had to come off, it wasn’t necessarily tactical, and I would have liked to have kept them out there. They’ve had a very hard week, and Dean hasn’t played for a little while, competitively.

“I’m really pleased at the moment how we’re shaping up, hopefully we can play the next few games being a couple up with five minutes to go, rather than trying to chase for the winner. We chased for the winner, and they were happy with a draw I think, that was what I was pleased with – the fact that we went for the winner, we weren’t happy with a point.

“The lads that have played the four games in the last twelve days, they’ve done fantastic, because that’s a lot of minutes out on pitch at this level, with this competition, in this league. Last year, we started OK, it was a bit bitty, we lost games that would have given us back-to-back wins and put us further up the table, and we weren’t able to keep that consistency.

“I’ve got a feeling that this year we’ve got that experience, and the players that played last year have got more experience – the younger ones – so hopefully we can keep it going for our Yellow Army.”