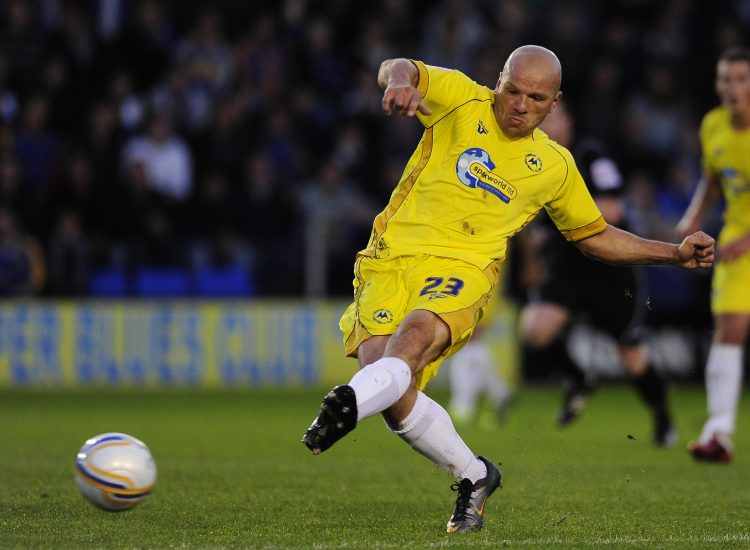 In the latest of our feature celebrating some United favourites of the past, we talk to popular centre-back Guy Branston about his successful spell at Plainmoor.

In January 2010, Torquay United were locked in a League Two relegation battle, just a few months after Paul Buckle’s side had famously regained their Football League status at Wembley.

Although the side was clearly not lacking in talent, the lack of form prompted United’s boss to ring the changes in an attempt to prompt an upturn in form, with Buckle quickly identifying Guy Branston as the leader his side had been lacking.

“I went in there and asked how they were near the bottom!” recalls Branston.

“They were a great bunch. There was a lot of young lads there that were good players, but were lacking the experience to get them out of the lull they were in at the time.”

The Leicester-born centre-back had nearly arrived at Plainmoor the previous summer, prior to joining league rivals Burton Albion. With his spell in Staffordshire not working out, an initial loan move to Torquay did just the trick, revitalising both club and player.

As experienced a defender as you could want in a relegation dogfight, Guy’s steadying influence soon helped steer the club away from danger, with communication proving the key.

“We needed to get out of the situation, and sometimes that involves pointing a few fingers. I was happy with that.

“I would be speaking to people on a daily basis to boost their confidence, and we got ourselves constantly chatting. Some of the lads just needed a bit of guidance.

“I would sometimes take the defenders for some practice sessions in training. Paul Buckle had some great ideas, and his assistant Shaun North was a great coach. ‘Bucks’ gave me a lot of autonomy, which I liked.”

Following a strong end to the campaign, much more was expected of the team in 2010/11. Branston made the move to Plainmoor permanent during the summer, with his committed displays duly helping United seal a Play-Off place, as well as confirming his place in the Yellow Army’s affections.

“At the back there was Chris Robertson, Mark Ellis, me and Kevin Nicholson, whilst in front of us we had Nicky Wroe, who could get on it, and Lee Mansell who could always nick a goal on his day.

“There were loads of positives in that group and we had a good season. I remember us beating Shrewsbury 5-0, and we absolutely tore them apart.”

As fate would have it, both sides would meet once again in the end-of-season action, with victory over two legs seeing Torquay secure their place in the League Two Play-Off Final at Old Trafford. Unfortunately though, it would prove one step too far, as Stevenage claimed promotion at United’s expense.

“The Shrewsbury play-off games were good, we kept two more clean sheets and were as solid as a rock.

“We then went into the Stevenage game at Old Trafford and I remember the pitch being very hard. We didn’t start the best, but we got back into the game.

“For the winning goal, I nearly blocked the shot. On another day, it wouldn’t have gone in.”

A summer of intense negotiations eventually saw Guy move to Bradford City in the close season, however in a career that took in no less than sixteen different Football League clubs, he looks back on his time at Plainmoor as one of his happiest periods.

“I had two or three really good times in 20 years, and that was one of them. I played some of my best football at Torquay, and it worked out well off the pitch for me too. I went round Torquay on a daily basis, and I had a lovely time, even though it’s miles away from where I was from.

“Mixing with the fans let me find out a lot about people, what they were doing and where they worked. It’s a lovely area, and there’s so much you can do around there.

“I think that when you are in a place like Torquay, you can’t have people scurrying around travelling everywhere, you have to get people buying into the area.

“It was a really nice environment and I have fond, fond memories of the club.”