Whitfield & Wynter Are Your Winners! 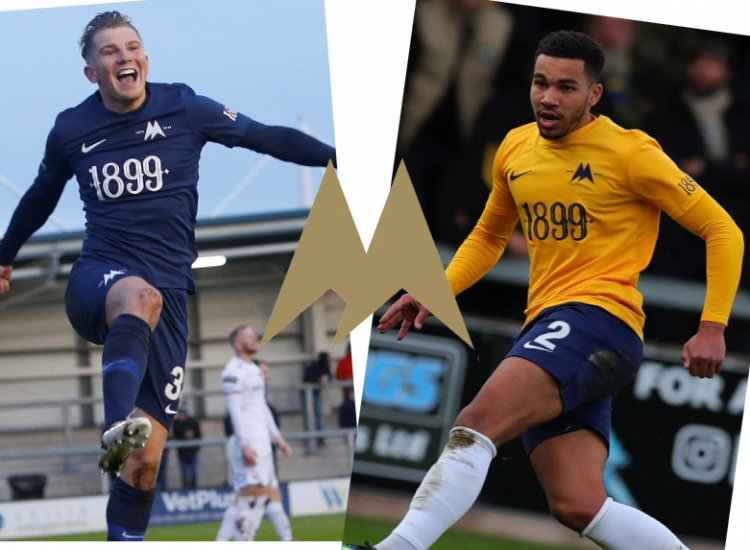 Whitfield & Wynter Are Your Winners!

After a poll conducted in partnership with the Torbay Weekly, Whitfield secured just over 50% of the votes for Player of the Season, with Jamie Reid the runner-up and Ben Wynter third.

There was swift consolation for Wynter in just missing out on the main award, as he was announced as the Young Player of the Season, with Matt Buse in second and Jake Andrews in third.

Manager Gary Johnson felt both players were worthy winners of their respective awards.

“I am really pleased for Ben Whitfield as I feel he deserved the accolade, in as much as he was an ever-present last season. He also played in two or three other positions, and played it for the team when we had injuries.

“I’ve very pleased that he decided to stay with us, and I am sure he will have another successful season with our club.”

“It seems strange talking about Ben Wynter being Young Player of the Year for me, as he has been around for some time now, and now become one of my experienced players. As I have said before, Ben is one of two, with Liam Davis, of the best full-backs in the league, in my opinion, and I am sure he will be ecstatic that the supporters have recognised the part that he plays at our club. He is a likeable character, but he’s also a competitor. Another good choice!”

The players themselves were clearly delighted that their individual efforts for the side last season were recognised by the Yellow Army.

“I wasn’t wanted at Vale, and this move to Torquay was to prove some people wrong. I’ve never regretted it. Thanks to all the fans who voted for me, and I just want to carry on and do even better next season.”

Whitfield’s namesake Ben Wynter also received official recognition from the Yellow Army, with The Gulls’ right-back being named as the club’s Young Player of the Season.

“I’m really happy to win the award and know that my performances have been appreciated by the fans and people watching.

“I’m very grateful for the award, and thank you to everyone that voted as well.”

Torquay United AFC would like to thank all United fans, and Torbay Weekly readers, who participated in the vote, and extends its congratulations to Ben Whitfield and Ben Wynter on their awards.

The Torbay Weekly will be presenting awards to both players, and details regarding this will be announced in due course.