United came from behind twice to secure victory, thanks to a marvellous last half-hour against Harrogate Town at Plainmoor.

Jon Stead’s goals, either side of Jake Andrews’ early second-half leveller, left Torquay with work to do with 30 minutes remaining. However a red card for Stead, coupled with a stunner from Kalvin Lumbombo-Kalala, set up Jamie Reid’s double to seal all three points for Gary Johnson’s men.

Johnson was forced into a number of changes to the side that secured a 1-1 draw at Woking in midweek, with injured midfield trio Asa Hall, Armani Little and Connor Lemonheigh-Evans being replaced by Andrews, Robbie Cundy, for his full debut, and Ben Whitfield, who was making his home bow following his goalscoring debut in Surrey.

United began the game on top, with Whitfield carrying on where he left off on Tuesday by posing a constant threat for the Town backline. One left-foot cross on five minutes found Reid at the near-post, who fired wide.

Torquay’s other new boy, Cundy went agonisingly close later, with his 21st minute from a corner thudding against the post.

The game though, took a twist in the visitor’s favour on the 32 minutes, as Stead went down in the box under a challenge from Cundy, to win his side a penalty. The same player stepped up to send Lucas Covolan Cavagnari the wrong way and give Harrogate the lead. 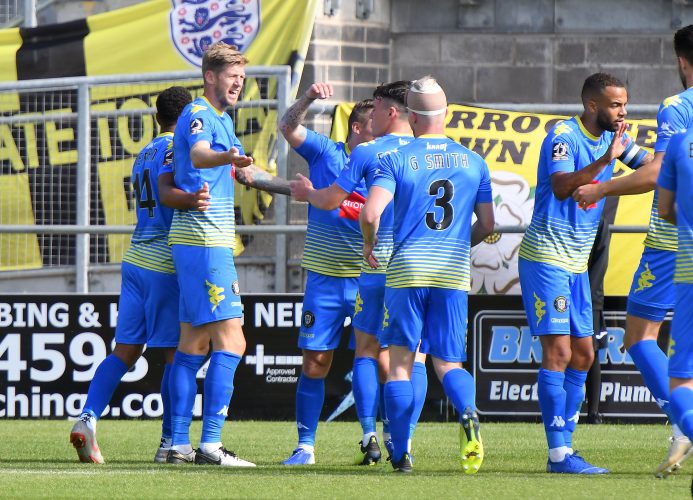 United’s frustration at falling behind was evident up until the interval, with Johnson having to do some fine-tuning during the break.

Just as happened last week against Hartlepool, The Gulls levelled things up in the opening stage of the second period, following a fine right-wing move.

Lumbombo-Kalala, on as a substitute, ran at the Town backline to free up Ben Wynter. The right-back delivered a fine cross into the path of Andrews, who fired home with ease to make it 1-1. 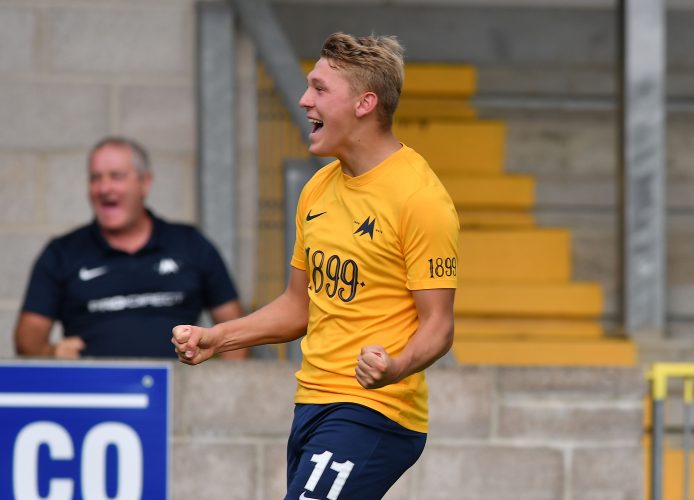 After looking to build on this, it was a real sucker-punch when United fell behind again just seven minutes later.

A deep cross into the box from the left from George Smith found Stead jostling for position at the back post, and the experienced striker edged away from his marker to fire home from the angle of the six-yard box.

Just when the former England-U21 striker might have fancied himself for a hat-trick chance, his afternoon took a turn for the worse on 63 minutes.

Having been booked earlier in the match, the referee took a dim view of a handball offence inside the centre-circle, and gave the towering front man his marching orders.

Seizing the initiative on Town’s main outlet disappearing down the tunnel, Johnson’s men started to press Harrogate back against the Babbacombe End, and a moment of real class set United on their way.

Lumbombo-Kalala, clearly in the mood to turn the game on its head, initially looked to be sizing up his options when the ball reached him on the edge of the box, before unleashing a high drive over the ‘keeper’s head and into the roof of the net to drag his side level. 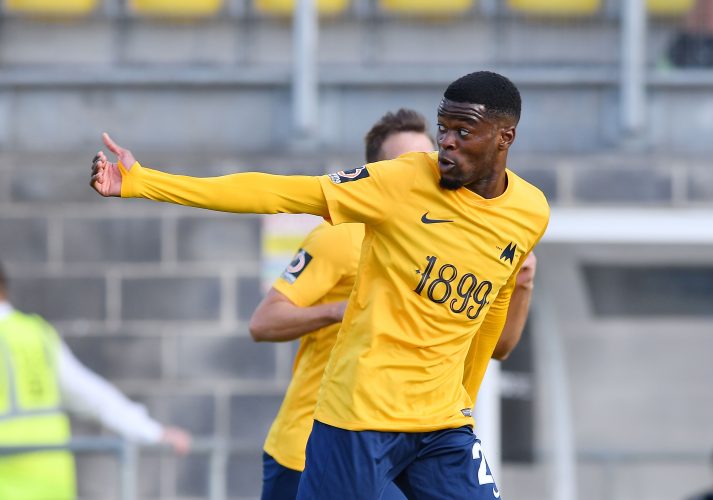 The French winger instantly signalled for the ball to be collected from the back of the net, as United set about pressing home their advantage.

In the 73rd minute, Andrews, outstanding all afternoon, drove deep into the area before being brought down. The referee wasted no time in pointing to the spot, with Jamie Reid grabbing the ball.

Reid’s penalty was well saved by  James Belshaw in the Harrogate goal, but in true poacher fashion, Reid followed up to send the loose ball into the net to put Torquay in front for the first time. 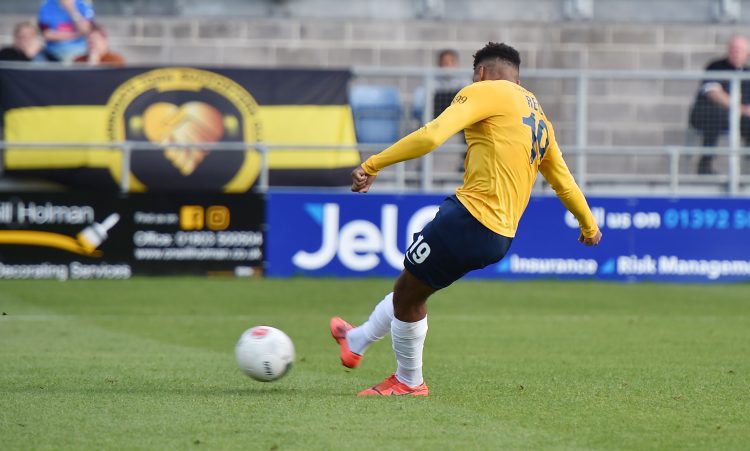 United weren’t in the mood to let the game slip away now and with ten minutes to go, the points were made safe.

A delightful move across the box ended with Lumbombo-Kalala threading the ball through to Reid, who made space before belting home a left-footed effort high into the net to make it four. 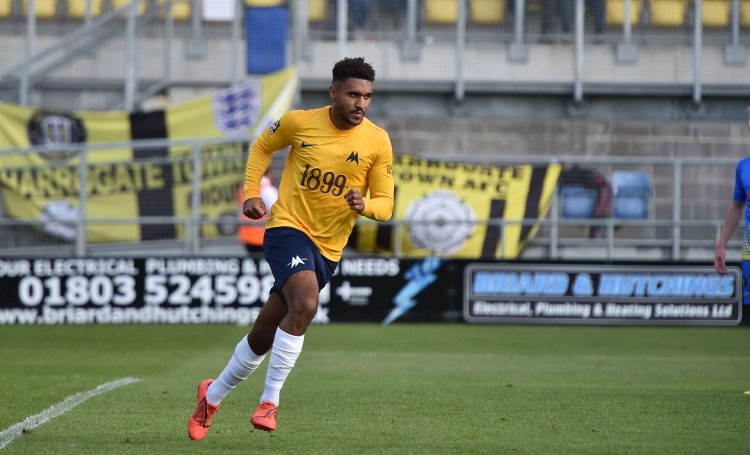 With depleted resources and in the face of adversity, United had emerged victorious, in what could prove to be a pivotal game for their ambitions this season.

Next up is a trip to the Proact Stadium next Saturday, as Johnson’s men take on bottom-of-the-table Chesterfield.