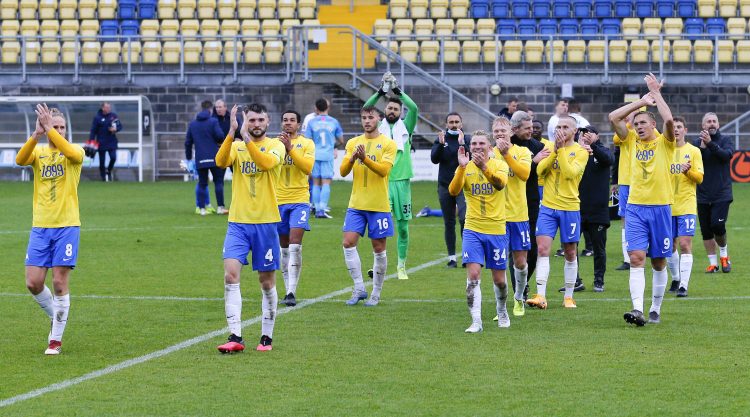 With our first-team fixtures being streamed directly into supporters’ homes all over the country – and beyond – there has never been a better time to get your business involved at Torquay United.

Our livestreaming service has already proved hugely popular with home and away fans alike, and the club are now pleased to reveal its fantastic new match sponsorship packages, which will ensure that your business gets the exposure it deserves. With our opening day clash with Stockport attracting international viewers far beyond the respective club’s local fanbases, the possibilities are endless.

In addition to this, sponsoring a match at Plainmoor will also see your business acknowledged on the club’s social media accounts in the lead up to the big game, as well as being in featured in the post-match report on the club’s website following the final whistle.

With a full page advert in the club’s ever-popular matchday magazine also included, you can be guaranteed that your partnership with The Gulls will put your business right at the forefront of both sets of supporters on a matchday.

Our Match Sponsorship packages for 2020/21 include the following benefits:

Your business will also benefit from a strong presence on during our live coverage of the match, including: