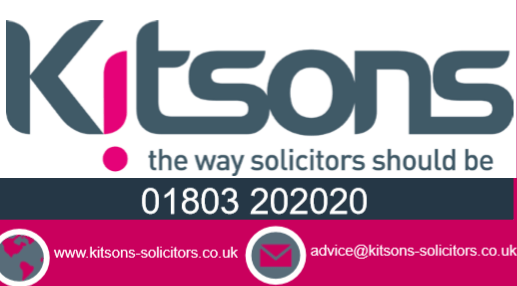 United produced a committed performance against Wrexham to secure another valuable three points at Plainmoor on Tuesday evening.

A second-half effort from defender Liam Davis was enough to seal the victory for United, with the result seeing Gary Johnson’s men move up to 6th place in the National League.

Johnson made two changes to the side that secured that impressive 4-2 victory over Barrow on Saturday, with Shaun MacDonald and Kalvin Lumbombo-Kalala replacing Lucas Covolan and Armani Little respectively.

As is so often the case at Plainmoor, Torquay started brightly and created the first chance of the game with just two minutes gone. A delightful bit of footwork from Kalala was the catalyst for Ben Wynter to send in a low cross into the path of Ben Whitfield, with the Gulls’ forward seeing his low effort crowded out just in front of the goalline.

With the driving rain working in their favour though, the visitors started to look a threat themselves.

Wrexham’s aerial threat was posing a few problems for the United backline, however as the half wore on, Kyle Cameron and his centre-half partner Robbie Cundy began to gain a measure of their opponents.

Grant did seize upon a rare moment of indecision by Cundy just past the half-hour mark, but thankfully his lob sailed well wide of MacDonald’s goal.

Just before the interval, Jake Andrews took the action back up the other end, as his left-wing cross found the head of Whitfield, however his glancing header was comfortably saved by Rob Lainton in the visiting goal.

The second period began in similar fashion to the first, with the team from North Wales going close to open the scoring.

A long ball forward from ‘keeper Lainton in the 54th minute found Paul Rutherford in space on the edge of the box, and with his low drive destined for the bottom-corner, it was left to MacDonald to tip the ball around the post.

Two minutes later, The Gulls made the crucial breakthrough. Andrews, finding his route to goal blocked, produced a superb flick of the ball into the path of the onrushing Davis on his outside, leaving the United left-back to steer home his low shot into the net from a tight angle, via the far post. 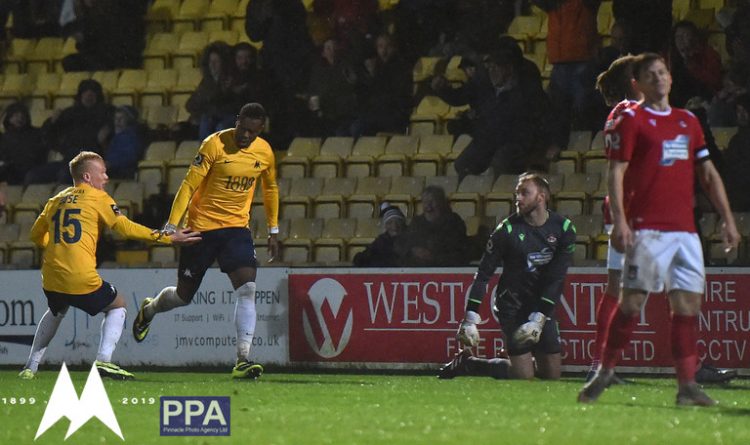 With the lead in the bag, the 63rd minute brought the return of forward Saikou Janneh to Plainmoor, to the rapturous approval of The Yellow Army.

Boosted by the presence of the on-loan Bristol City striker, Johnson’s came within inches of putting the result beyond doubt twice during the next ten minutes

First, on 65 minutes, Andrews let fly from 22 yards with a ferocious effort that shaved the crossbar.

Then, six minutes later, Andrews, Janneh and Reid were all denied in quick succession as last-gasp defending and goalkeeping – not to mention the woodwork – saw the score remain 1-0.

As the clock began to tick down, it looked more and more likely that one goal would suffice, and after Wrexham substitute Jason Oswell sent his header well wide of the target with eight minutes remaining, their chance of parity had gone.

United saw the game out with relative ease, and their march up the table continues. The challenges continue to come thick and fast for Gary Johnson’s men however, with a trip to take on second-placed FC Halifax Town next up on Saturday.