United enjoyed their moment in the spotlight as they secured a 2-0 win over Aldershot side at Plainmoor.

In front of the BT Sport cameras, Jamie Reid provided a show-stopping first-half opener, before Opi Edwards sealed the points in the opening stages of the second-half.

Manager Gary Johnson made one change to the United side that secured a 2-1 win at Dover last weekend, with the suspended captain Asa Hall replaced by Edwards.

United were on the front foot from the first whistle, with Connor Lemonheigh-Evans trying his luck with a curling effort from 25 yards in the seventh minute, which just went wide of the post.

Time and again, United poured forward without quite cutting through a resolute Town defence during the first half hour, before the visitors began to ease themselves into the match.

The Gulls though, were still looking the more dangerous side, and one lung-bursting run from Edwards teed up Jake Andrews, who fired wide of the post.

Just when it looked as though the goal would elude them, Reid took matters into his own hands in the first minute of added on time. 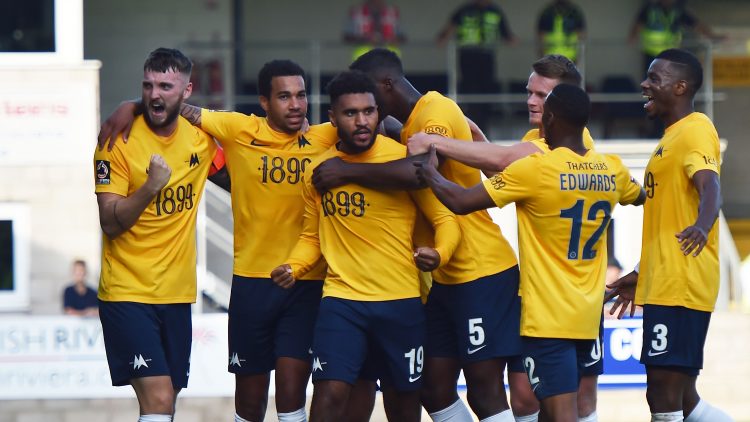 Picking up a loose ball 20 yards out, a sublime bit of skill saw United’s frontman gain the extra yard he needed, before firing home a fantastic low effort from 25 yards.

After striking late in the first half, Johnson’s men wasted little time in doubling that advantage after the interval.

In the 51st minute, Kalvin Lumbombo-Kalala cut inside and saw his right-footed effort blocked, however the ball squirmed straight into the path of Edwards eight yards old, leaving the United winger free to slip the ball under the advancing Walker and into the net. 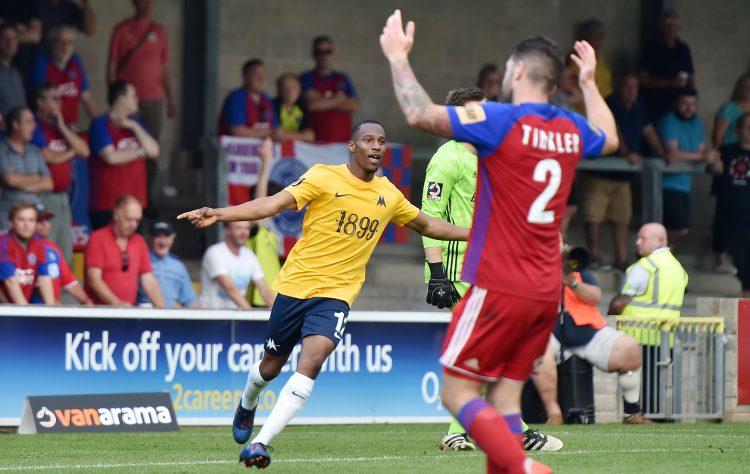 As Aldershot began to chase the game, gaps began to appear in their backline, and Torquay came close to exploiting them on a number of occasions.

On the hour mark, Jake Andrews fired in an effort from the left that seemed destined to nestle in the back of the net, before Lewis Kinsella leapt to head the ball off the line.

An assured performance from United’s backline failed to provide any encouragement to the visiting attack, and The Gulls saw out the remainder of the game to record their first clean sheet of the season.

The result sees Johnson’s men move up into the play-off positions after six games, with their ten points from six games earning them 7th position in the early table.

United have little time to rest though, as they make the trip to London to face Barnet on Monday. Tickets and travel details are available here. 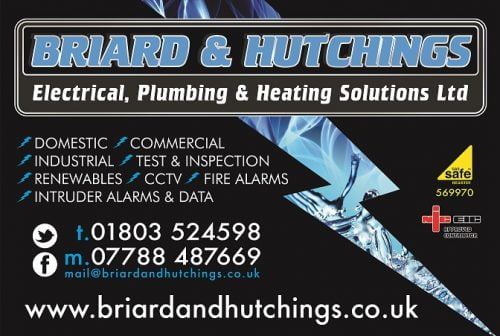