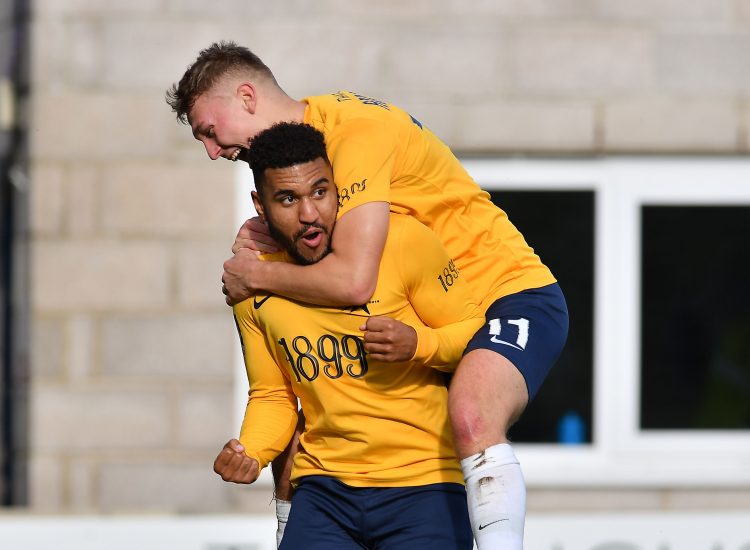 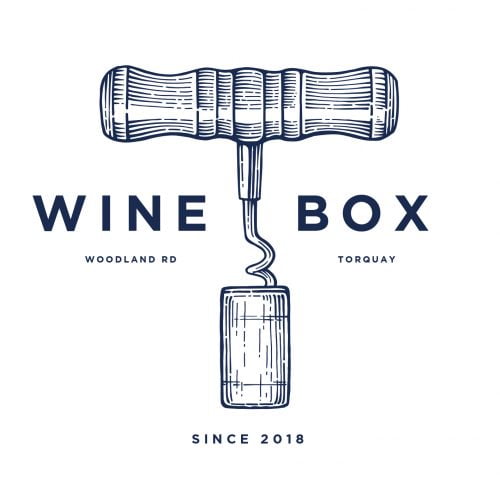 United deservedly made it through to the First Round Proper after coming out on top of an entertaining encounter against Boreham Wood at Plainmoor.

A swift double from Jake Andrews and Jamie Reid put The Gulls in charge at the interval, and despite Tyrone Marsh’s response via the penalty spot, Torquay regained the two-goal advantage through Ben Whitfield. An unlucky own-goal from Robbie Cundy looked set to force a tense finale, but Gary Johnson’s side held on to secure a victory that was perhaps more comfortable than the scoreline suggested.

Johnson made two changes to the side which went down to Notts County last weekend, with Shaun MacDonald recalled between the sticks in the place of Lucas Covolan, and Armani Little taking the place of Kalvin Lumbombo-Kalala, who missed out through illness.

Both sides looked slightly cautious in the opening stages, before United began to create a few openings.

The breakthrough wasn’t far away though. Frank Vincent’s 26th minute short corner eventually found its way through centrally to Andrews on the edge of the box, who showed nifty footwork to ride a challenge before sending a low left-footed drive into the corner of the net. 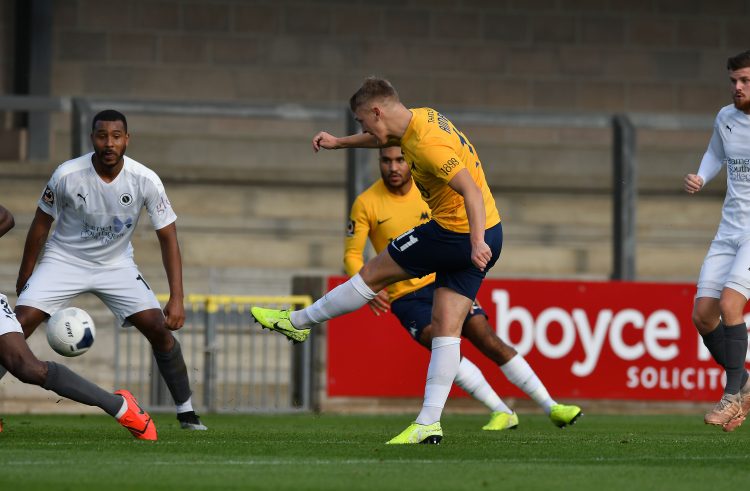 Two minutes later and the lead was doubled. After receiving the ball 20 yards from goal, Reid used his presence to gain the half-yard he needed to get a shot away, with the resultant effort seeing the ball soar into the roof of the net, past the despairing dive of Nathan Ashmore.
All of a sudden, United were bossing the game. 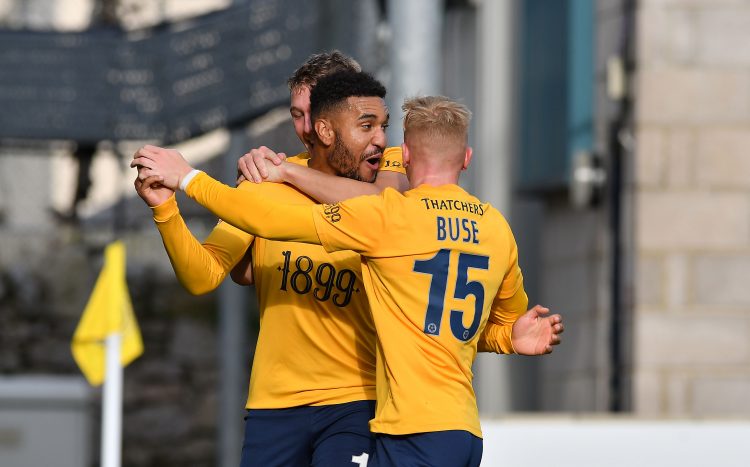 A determined spell of pressure confirmed The Wood were still in the game though, and a superb block at point-blank range from Cundy saw the 2-0 lead safe until the break.
The next goal was always going to prove vital in the context of the game, and it was the visitors who dragged themselves back into the match five minutes into the second half.
A decent spell of possession from Luke Garrard’s men had failed to produce an end-product, until a hopeful ball from the left caused a moment of indecision between MacDonald and Liam Davis.
Kane Smith, sensing his moment of opportunity snuck in between them both, and after hitting the deck, won his side a penalty.
Former Gull Marsh duly took the lifeline handed to his side and sent the ball the opposite way of MacDonald to reduce the arrears.
Just when many may have expected the pattern of the game to swing the way of The Wood, United responded by looking to regain their stranglehold on proceedings.
On the hour mark, a delightful cross from Buse found Andrews in space, but with the tight-angle against him, he could only watch his close-range effort clear the bar.
In the 64th minute, the Yellow Army witnessed another magical moment, as some superb interplay ultimately put the contest to bed.
Andrews fed Davis wide on the touchline, who responded by back-flicking the ball into the path of the onrushing Vincent. Showing tremendous determination, not to mention skill, the on-loan Bournemouth man broke into the box, and fed Whitfield, who smashed the loose ball into the net from 10 yards to make it 3-1. 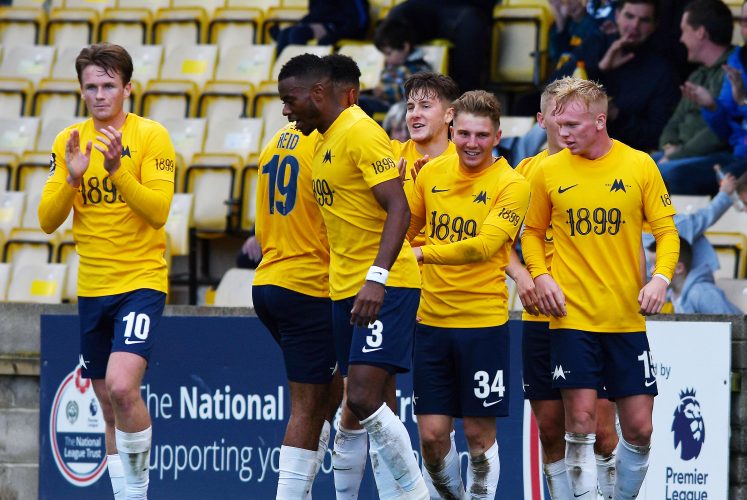 Davis did come up with a marvellous last-gasp interception to deny Tyrone Marsh a tap-in at the far post, but by now the Yellow Army were revelling in seeing their side produce some wonderful stuff, as they threatened to turn the screw on the visitors. 3-1 so nearly became 4-1, as Andrews was denied through a goal-saving block from Smith.
United’s defence had held up well against their physical opponents all afternoon, and offered no sign of any further encouragement to the visiting frontline until the last minute of normal time.
When the second goal for The Wood did arrive, it once again came in fortuitous fashion, as a right-wing cross was diverted into his own net by the stretching Cundy to make it 3-2.
That goal was in no way reflective of the centre-half’s performance, with the Bristol City loanee doing as much as anyone to earn United’s place in the next round.
So, for the second successive year, United take their place in the hat for the First Round. In the meantime though, it’s a return to National League action, as Barrow make the long journey south to Plainmoor next Saturday. Tickets are available here.
TUFC: 1. Shaun MacDonald, 2. Ben Wynter, 3. Liam Davis, 4. Kyle Cameron (c), 10. Armani Little (7. Ruairi Keating, 86′), 11. Jake Andrews, 14. Frank Vincent (6. Joe Lewis, 77′), 15. Matt Buse, 19. Jamie Reid (9. Manny Duku, 84′), 25. Robbie Cundy, 34. Ben Whitfield. SUBS NOT USED: 5. Jean-Yves Koue Niate, 8. Asa Hall, 23. Louie Slough, 28. Lucas Covolan.
Yellow Card: MacDonald (50′), Andrews (85′)
Boreham Wood: 17. Nathan Ashmore, 3. Femi Ilesanmi, 5. Tom Champion, 6. David Stephens, 8. Adam McDonnell (4. Mark Ricketts, HT), 9. Kabongo Tshimanga (20. Justin Shaibu, 74′), 10. Kieran Murtagh, 11. Tyrone Marsh, 12. Jamal Fyfield, 14. Sorba Thomas, 19. Kane Smith. SUBS NOT USED: 1. David Gregory, 2. Danny Woodards, 7. Piero Mingoia, 15. Ricky Shakes, 16. Jordan Thompson.
Yellow Card: Smith (54′), Stephens (78′), Ilesanmi (88′)
Attendance: 1,952 (46 away)
previous article next article