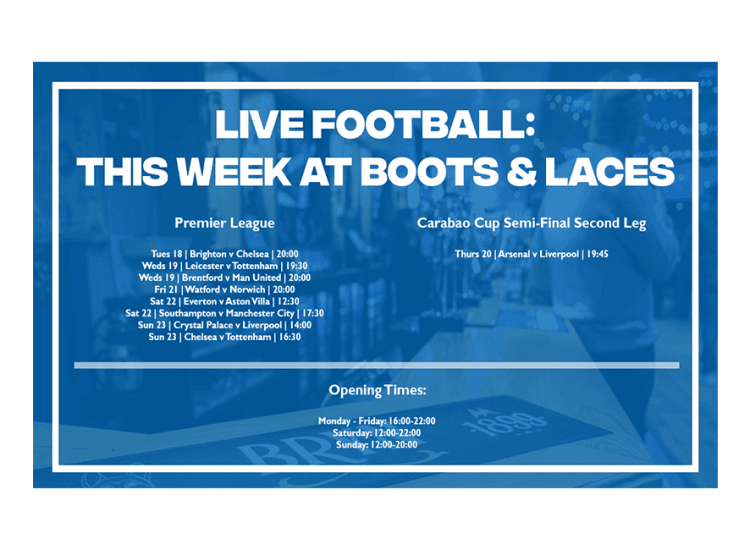 With plenty of Premier League action coming up, Boots & Laces will be on hand to televise a number of big games this week.

Friday’s 8pm kick-off sees a return to Premier League action with Watford hosting Norwich under the floodlights. For supporters unable to make the trip to see Gary Johnson’s side take on Altrincham this Saturday, 22nd, Boots & Laces will be on hand to provide supporters with their football fix, beginning with Everton v Aston Villa at 12:30, before Southampton host Premier League leaders, Manchester City in the 5:30pm kick off.

There’s an action packed afternoon Premier League schedule this Sunday, 23rd, with Liverpool travelling to Crystal Palace in the 2pm kick off, before Chelsea v Tottenham at 16:30.

A full list of this week’s schedule and opening hours are listed below: