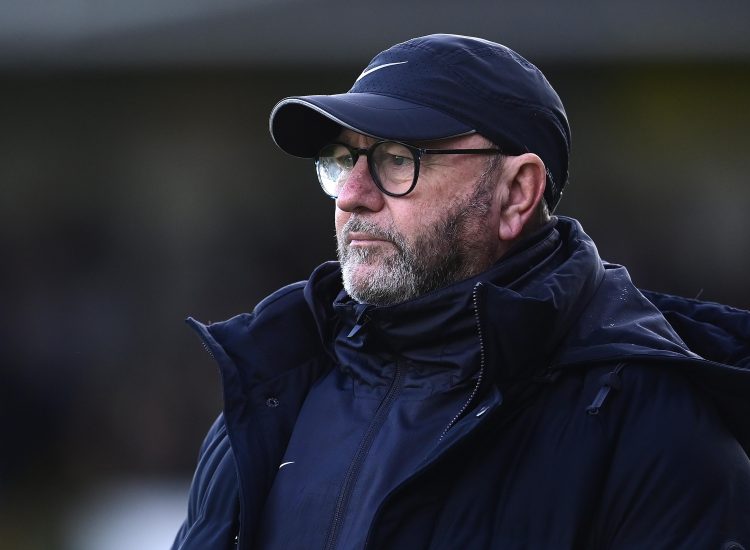 United manager Gary Johnson reflects on the Yeovil double and now at the halfway point of the season, looks ahead, starting with Saturday’s clash when his side host Dagenham & Redbridge.

In a busy festive period which saw United win two out of three, Johnson was in particular pleased with both his side and the Yellow Army’s performance at Huish Park on Sunday.

“A fantastic day, as I said, it’s one that will stay in the memory for a very long time. The celebrations at the end of the game were brilliant, it was fantastic. The boys had a very good last fifteen minutes, including the added time that we had to see out the game. Our fans that were wet through at that point still kept singing and cheering us on and the supporters deserved the victory.”

“It’s nice to beat a local team twice in the space of a week and it gives us hope, as far as we can keep looking up the table with our current form,” said Johnson.

Now at the halfway point of the season and with recent form seeing four wins from the last five league games, the Gaffer now has his sights set on pushing higher up the table.

“Obviously the aim is to at least get into the play-offs, it’ll be difficult to win the league – we’ll have to go on a hell of a run, like the run we had last season at one point when we won a few games on the trot, we need to do that again.

“We’re four wins in five at the moment which is a good return, and we need to keep that going to get competitive towards the end of the season, with a chance of stepping into the play-offs. A long way off yet, but as managers say, we’ve got to take each game as it comes, but we’re never going to give up on anything, we’re going to keep going and try very hard to have a successful season.”

With Saturday’s opposition on a similar run to his side, Johnson is aware of the threat that Dagenham & Redbridge pose, and emphasises the need for the Club to be on its best game, both on and off the pitch.

“They had a great start, Dagenham were top of the league early on, certainly right up there, then they had a little spell when I think they lost half a dozen, maybe, five or six on the trot, and now they’ve got their game back, and have won five on the trot, so once again we come up against a team that’s in form, we seem to be doing that every week at the moment!

“We’re going to have to be on our best game, the support will need to be, and will be, we know, on their best game, because, I’ve said it a million times but I’ll say it again, is that their support is worth quite a few points a season and this is quite another key game for us, so the whole club has got to be at its best to get a result.”