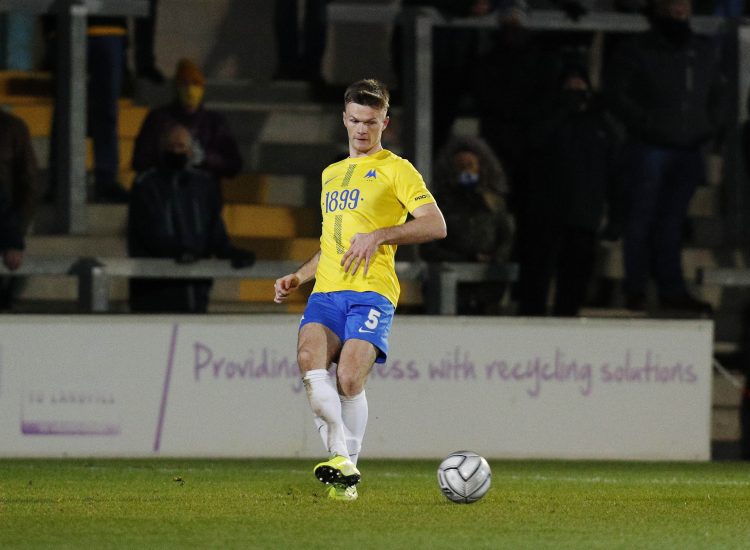 Torquay United defender Fraser Kerr has left the club to join Chesterfield on a permanent basis.

Former Hartlepool defender Kerr joined United last summer, however after making seven league appearances during the course of the opening months of 2020/21, the decision was made to allow the player to move on, and relocate closer to his family.

With Scott Boden making the reverse trip in time to make his Gulls debut in the win at Solihull Moors last week, manager Gary Johnson felt the two deals provided positive outcomes for both players.

“Unfortunately due to the Covid lockdown rules, and Fraser living in the digs, he wasn’t able to go home and see his family. With him not being involved in the first team at that time, we agreed to let him go to a club a lot nearer to his home.