Following Saturday’s opening-day win over Boreham Wood, Gary Johnson’s men are on the road as they head to the West Midlands to take on last season’s National League surprise package, Solihull Moors. 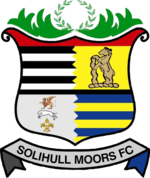 Former England goalkeeper Tim Flowers enjoyed a memorable playing career, the highlight of which was winning the Premier League title with Kenny Dalgish’s Blackburn Rovers in 1994/95. Following the departure of previous boss Mark Yates in June 2018, Flowers was appointed as the new man in charge of The Moors, and he instantly set about reviving the team’s fortunes. Whilst a season-long battle for top-spot ultimately ended in disappointment, the campaign surpassed all expectations, and will stand his side in good stead for another tilt at promotion this term.

The Moors started their campaign with a entertaining 2-2 at Harrogate Town. The match could have gone either way, with both sides missing penalties, however Paul McCallum’s leveller midway through the second-half saw Solihull claim a share of the spoils, following Nathan Blissett’s 35th minute opener.

The Yellow Army will find it hard to look beyond the opposition strikeforce, with Nathan Blissett and Paul McCallum both honing their goalscoring skills in The Gulls’ colours earlier in their respective careers. Paul McCallum scored 3 goals in a 5 game loan spell from West Ham United during the 2013/14 season, whilst his strike partner Nathan Blissett’s 12 goals in 41 games for United between 2016-17 played a major role in Torquay maintaining their place in the division under previous boss Kevin Nicholson.

The two sides last met at Damson Parkway in March 2018, with both sides looking for a win to ease their relegation worries. A Brett Williams penalty just before half-time gave United the lead, before Adi Yussef’s 82nd minute strike left both sides having to settle for a point.