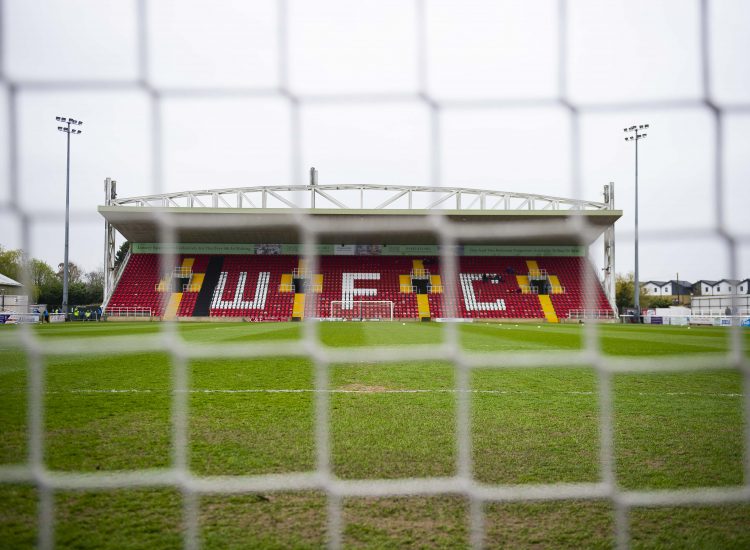 United make the trip to Surrey tonight to take on familiar opponents, Woking FC. The Cards fought it out with Gary Johnson’s side for the National League South title for much of last season, before United eventually pulled clear in the closing months of the season.

Alan Dowson has been in charge at the Laithwaite Stadium since May 2018, following a successful spell in charge of Hampton & Richmond Borough. Having represented the likes of Millwall, Bradford and Darlington in the Football League as a player, Dowson began his managerial career with Walton & Hersham, before seeing his stock rise with championship-winning campaigns in charge of Kingstonian and Hampton & Richmond. Current United favourite Armani Little scored the crucial winner in the National League South Play-Off Final against Welling to secure another success for the Gateshead-born manager.

Woking have made a near-perfect start to life back in the National League, with seven wins out of eight seeing them rise to the top of the division. A 3-2 comeback success was the latest in a line of positive results for Dowson’s men, with Tyreke Johnson and Jake Hyde (2) on target.

Despite a number of impressive performers, it’s hard to look beyond The Cardinals red-hot striker Jake Hyde, who currently resides in pole position in the National League scoring charts. Formerly with the likes of Barnet and York, Hyde has become a familiar foe to United in recent times, and The Gulls’ defence will need to be watchful once again this evening.

Ben Gerring has firmly established himself as a fans favourite at Woking over the past year, however he will also be remembered by Gulls fans for his committed displays at the heart of the United backline between 2015-2017. Now 28, Gerring has enjoyed a varied career, with stints at Weymouth, Kettering, Truro and Billericay amongst others.

It’s almost five months since Ben Wynter’s last-gasp equaliser secured a dramatic, and almost title-clinching, draw at the Laithwaite Stadium. Greg Luer’s goals, either side of a Jamie Reid equaliser put the home side in the driving seat, and when Keiron Cadogan made it 3-1 midway through the second half, the title race appeared to be going down to the wire. However, a Saikou Janneh effort, coupled with a Gerring red card, gave Johnson’s men all the incentive they needed to pile forward in the dying stages, before Wynter’s late effort sent the travelling Yellow Army into raptures.