United experienced their defeat of pre-season against Devon rivals Exeter City at Plainmoor.

An early strike from Manny Duku put Gary Johnson’s side ahead, but after equalising just before half-time through Tom Parkes, City went on to win the game thanks to Randell Williams’ second-half effort.

Torquay began the game on the front foot by pressing the visitors from the first whistle – A fact illustrated by City kicking the game off, but having to defend a corner 30 seconds later.

Lucas Covolan Cavagnari, making his first start of pre-season, did have to make one fine save to deny Grecians captain Jake Taylor, but United’s dominance was rewarded with the opening goal soon after.

A lovely ball from Jamie Reid switched play to the right and found Duku with a defender back-tracking. The Dutchman’s first touch was heavy, and the chance appeared to have gone, but his persistence paid off as he won back possession and coolly planted a right-foot effort past ‘keeper Lewis Ward and into the net on 13 minutes. 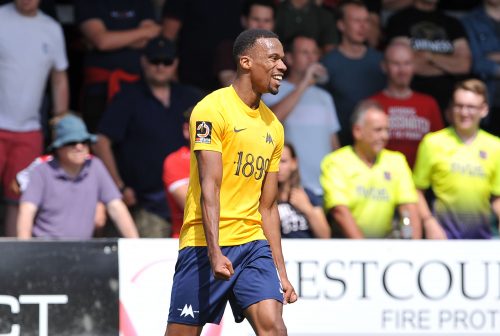 Johnson’s men nearly doubled their advantage in the 25th minute. Duku got in behind Exeter’s defence down the right-hand side, and sent in a tempting cross-shot that Jake Andrews could only fire into the side netting from a tight angle.

On the right wing, Ruairi Keating’s workrate was giving Dean Moxey plenty to think about, whilst Kyle Cameron and Jean Yves Koue Niate in the centre of United’s backline did well to restrict Nicky Ajose and Ryan Bowman to minimal opportunities to impress. 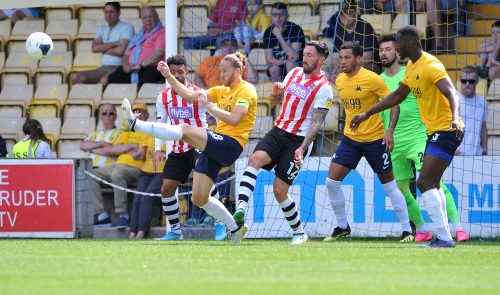 Having marshalled the City attack so well, it was therefore disappointing that a moment of hesitancy saw Matt Taylor’s side level just before the interval.

After winning a corner in the 43rd minute, United failed to clear the ball, leaving Parkes to emerge from the goalmouth scramble to divert the ball over the line and make it 1-1 at the break.

Six minutes into the second half, and history repeated itself as Andrews came close again to scoring. This time it was Keating who sent in a delicious cross into back post, but unfortunately The Gulls’ midfielder could only look on in horror as his effort sailed over the bar from six-yards out.

Exeter made Torquay pay two minutes later, as Ajose turned Frank Vincent inside the area to feed Williams, who duly sent Cavagnari the wrong way to put his side ahead.

Armani Little did have Ward back-pedalling with one trademark free-kick, but that was as close as Johnson’s men came to equalising, as City held for the victory.

The Yellow Army can look ahead with plenty of optimism though, and with their pre-season schedule now complete, all attention turns to 3pm next Saturday when Boreham Wood visit Plainmoor for United’s opening game of the 2019/20 season.

Take your seats Yellow Army… and hold on tight! 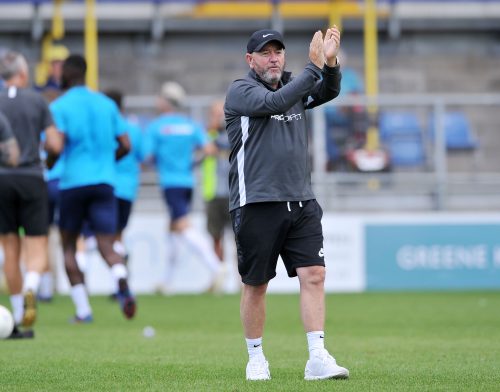