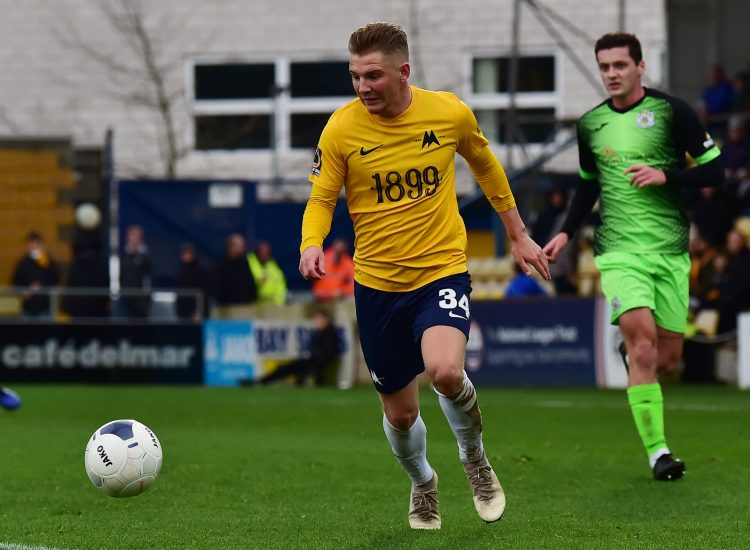 A disappointing afternoon at Plainmoor saw Stockport run out 5-1 winners.

After a goalless first half, a three-goal flurry from County’s Sam Walker, Nyal Bell and Elliot Osbourne at the start of the second half left United with a mountain to climb, and despite a strike from Ben Whitfield, further goals from Devante Rodney and Frank Mulhern saw the visitors take all three points.

Manager Gary Johnson made four changes to the side that went down 3-2 at Eastleigh on Tuesday, with United boosted by the return of leading scorer Jamie Reid and captain Asa Hall from injury, and Shaun MacDonald and new signing Amrit Bansal-McNulty taking the places of Lucas Covolan and Ruairi Keating respectively.

A highly-charged first half saw both sides show their attacking intent, with the first chance falling the way of The Gulls as Whitfield’s sixth minute cross-shot narrowly drifting wide of the far post.

Although the early exchanges were keenly contested, the best chances continued to come United’s way, with debutant loanee Bansal-McNulty directing an effort straight into the hands of visiting ‘keeper Ben Hinchliffe, before Ramarni Medford-Smith nearly brought the house down with a sumptuous left-footed volley that the County glovesman did well to parry away two minutes later.

From then though, The Hatters began to pose more of a threat, with MacDonald coming out to deny Tom Walker just past the half-hour mark, before Robbie Cundy and Hall came up with crucial blocks to keep the scorelines level.

Just before the break, Whitfield, the pick of the Torquay attack, fired in a well-directed free-kick towards the Ellacombe end goal, with Hinchliffe again doing just enough to keep the ball out.

Johnson’s side would have been looking to come quick out of the traps for the second half, but instead it was Stockport that raced into two-goal lead.

The half was only two minutes old when a swift break upfield resulted in a deflected shot falling back kindly into the path of Walker, who beat MacDonald to give his side the lead.

Looking to turn the game, things unfortunately got worse soon after.

Content to soak up the pressure and hit United on the counter, a tame Osbourne shot seemed to be heading MacDonald’s way, until an unkind deflection saw the ball divert out of his reach and into the back of the net.

Left with no option but to gamble, Johnson’s side attacked Stockport with renewed vigour as Kalala proved a useful outlet down the left-wing.

A 70th minute curling effort from Ben Wynter came close to reducing the arrears, before Whitfield scored a deserved goal five minutes later. After winning the ball on the right, Torquay’s ever-positive winger jinked his way centrally before firing a fine left-footed effort just inside the post. 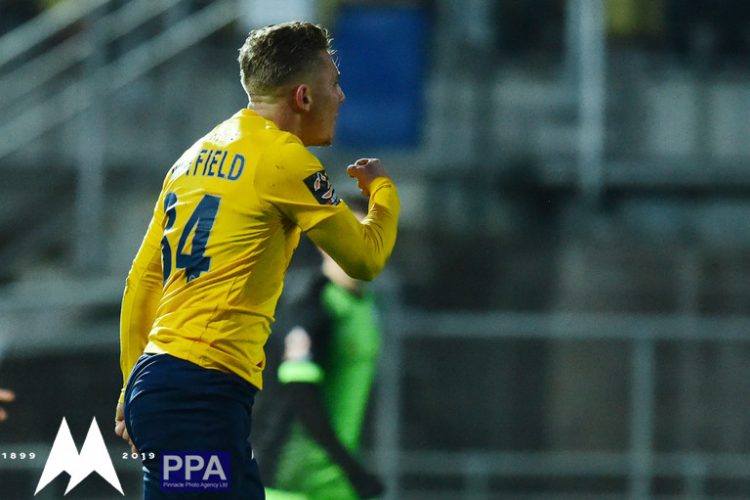 At this stage, a grandstand finish was not fully out of the question, as the team in Yellow began to put their opponents under sustained pressure.

One more County goal would always threaten to end the contest though, and so it proved with four minutes remaining.

Rodney, on the edge of the box, looked set to cross with his right, before looking up and sending a terrific shot into the far corner of the net with his left, to make it 4-1.

An injury-time free-kick on the edge of the Torquay box found its way thorough to goal via Mulhurne to make it 5-1 minutes later, before the whistle sounded to end a difficult afternoon for all at Plainmoor.

The next test for Johnson’s men arrives next Saturday, as United make the long trip to Yorkshire to take on play-off rivals Harrogate, providing them with the ideal opportunity to get back on track.