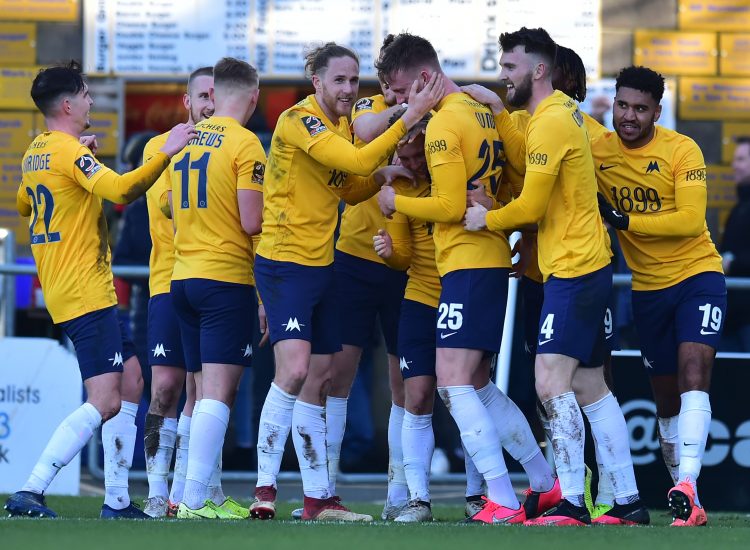 United followed up their success last weekend by deservedly claiming all three points against Chorley at Plainmoor on Saturday.

Robbie Cundy’s goal on the stroke of half-time provided his side with the crucial breakthrough, before the points were made secure with ten minutes remaining through Jamie Reid.

The unpredictable conditions played a part in dictating the first-half proceedings, with clear-cut opportunities at a premium, despite some promising build-up play from The Gulls.

Twelve minutes later, Ade Azeez produced some fine footwork on the left hand side before firing in an effort from the edge of the box. Urwin though was equal to it, gathering at the second attempt.

In possession stakes, Torquay were bossing the game, with only the final ball preventing more work for the visiting glovesman.

Just when the Yellow Army were preparing themselves for a first-half deadlock, their team struck.

In the first minute of injury time, Joe Lewis sent a deep free-kick towards the penalty spot, and with the United contingent well represented, it was Cundy who rose highest above the crowd to head home his first goal for the club. 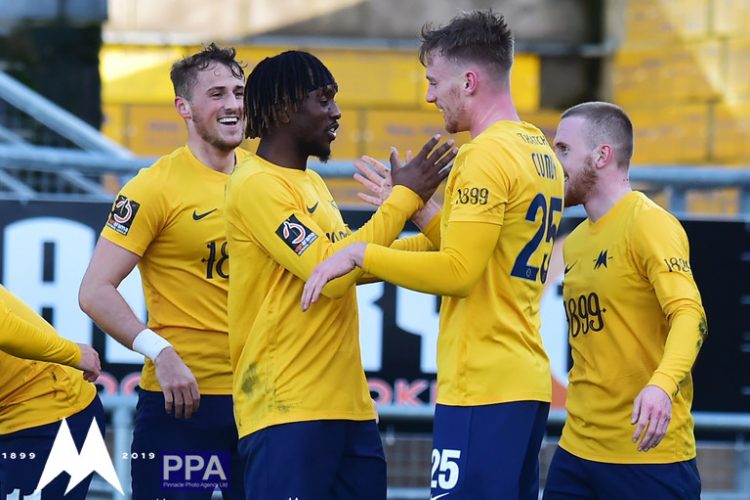 The interval followed soon after, with teamtalks re-adjusted accordingly.

Chances would flow much more freely after the break.

In the 47th minute, Elliot Newby signalled Chorley’s intent to level the scores with an effort from outside the box, however MacDonald remained untroubled as the shot sailed high and wide of the goal.

First, a through-ball saw Reid race away deep into opposition territory. Bearing down on goal, he unselfishly played the ball into the path of Azeez, however his strike partner missed the target from close range.

A minute later, and Reid found himself in similar territory. This time The Gulls’ top scorer opted to go for goal himself, however steered the effort wide of the target.

Johnson’s men seemed determined to put the game to bed, however try as they might, the goal just wouldn’t come.

More good interplay between Torquay’s new strike duo in the 55th minute saw Azeez hold the ball up well before delivering the ball to Reid, however this time the strike was too high to work Urwin.

Just past the hour mark, substitute Alex Newby sent a close-range effort wide of the post, acting as a reminder that there was still work to do to seal the points.

After being played into space with Azeez, Whitfield took the ball to the byline before picking out Reid unmarked at the post. There was to be no let-off this time for Chorley, as the ball was gleefully slammed home from point-blank range. 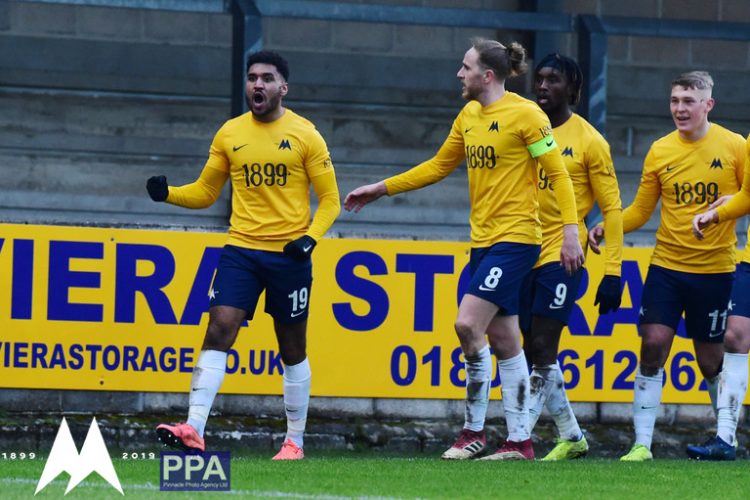 With the win within touching distance, there was further evidence of the commitment to the cause during stoppage time, as goal-line clearances from Jackson Longridge and Lewis prevented any discomfort in the dying stages, as Johsnon’s side clinched their fourth clean sheet in six league games.

With back-to-back home wins yielding maximum points, the next challenge for United comes on the road, as they head to South London next Saturday to take on Sutton United.

Eleven games left, and still plenty to play for!