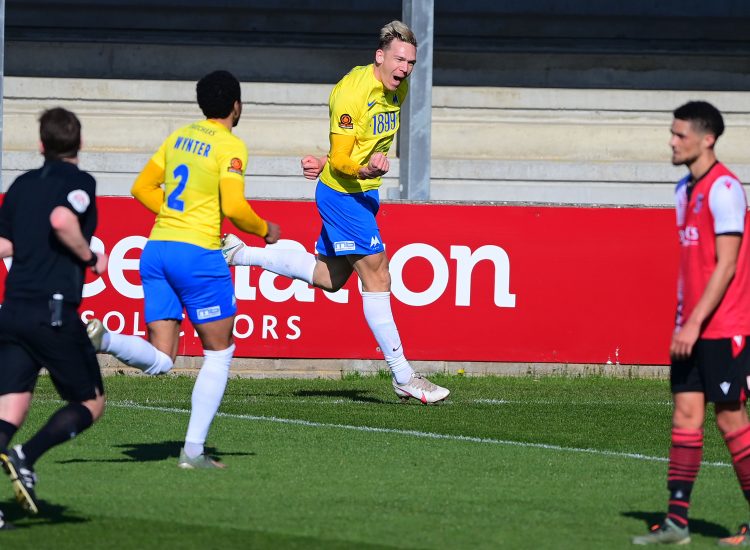 Danny Wright announced his return at Plainmoor on Good Friday, as his late strike was enough to seal a vital win against Woking.

Just as a closely-fought encounter looked to be heading for a draw, Wright popped up in the nick of time to turn one point into three.

Boss Gary Johnson made one change to the starting line-up that went down to defeat against Dagenham last Saturday, with Benji Kimpioka given his first start at the expense of Jake Andrews, whilst on the bench, Wright made a welcome return to the matchday squad for the first time since Boxing Day.

A tight opening to proceedings gave a timely reminder of the hotly-contested nature of this fixture in recent years, with no quarter asked or given by any individual out on the pitch.

The only real opening of the first quarter of an hour came the way of The Gulls in the 12th minute, when an inviting ball into the box from Ryan Law allowed Scott Boden to hold-off Moussa Diarra, before drilling his left footed strike narrowly wide of the far post.

Visiting goalkeeper Mark Smith was called into action twice in quick succession six minutes later though, after some tricky play from Kimpioka presented Asa Hall with the opportunity to fire in a curling shot from 20 yards, that forced The Cards’ glovesman to dive full length to keep it out. Moments later, and Law’s deceptive cross was curling towards the top-corner, forcing Smith to back-peddle and push the ball over his crossbar.

Woking were by no means making it easy for the men in yellow, and in the 26th minute, Maz Kretzschmar fired in a shot from distance that warmed the palms of Lucas Covolan, although it never looked like beating the Brazilian.

United’s new man up front was proving a real handful for the visiting backline, and eight minutes before the interval minutes, Kimpioka nearly broke the deadlock. After chasing a ball down the right channel, he cut inside the box before working himself into a central shooting position, however his goalbound drive from eight yards was blocked by a retreating defender’s leg.

A free-kick from the right edge of the penalty area provided Connor Lemonheigh-Evans with one last opportunity to open the scoring on the stroke of half-time. Although his floated set-piece forced Smith to once again palm the ball over the top, the referee’s whistle sounded almost immediately to confirm a scoreless first 45. 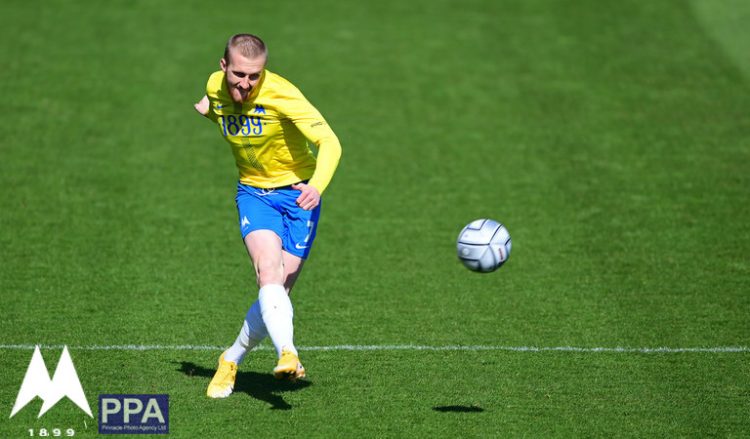 Things remained decidedly nip & tuck upon the resumption, as both teams set about trying to find a breakthrough.

Chances were at a premium, with the first shot on target coming in the 70th minute, as Covolan was forced to readjust in the nick of time to keep out Kretzschmar’s 25 yard free-kick.

Three minutes later, and the goalmouth action switched to the other end, as a superb corner from substitute Andrews grazed the head of Joe Lewis from six yards out, just as his teammates looked set to acclaim a goal.

With the game looking as though it was heading for a stalemate, things took an unexpected – but pleasing – twist.

With eight minutes remaining, Adam Randell crowned an afternoon of typical spirit and commitment by bringing the ball forward with purpose. After reaching the edge of the box, the on-loan Plymouth man sent in arguably the best cross of the afternoon towards Wright at the near-post, with the returning striker’s finish from point-blank range having just enough on it to prevent Smith from keeping it out. 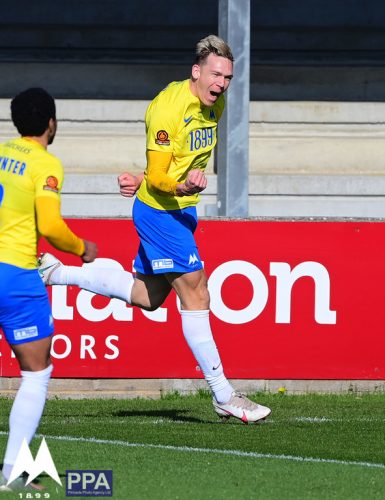 Johnson’s men saw the remaining minutes without alarm to seal a much-needed three points in their bid for promotion, ahead of the trip to Wrexham next up on Monday.

Hold onto your hats, Yellow Army – we could be in for quite a finish to the season!