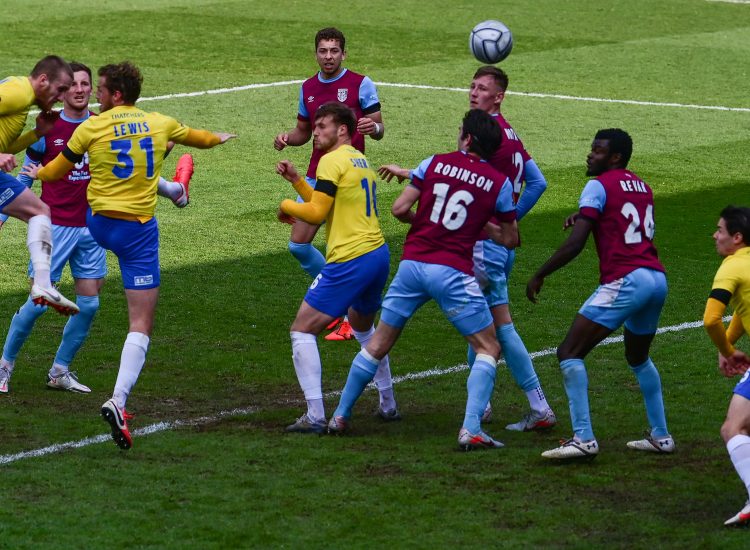 United came back from behind to seal another crucial three points on Saturday against Weymouth.

An Andrew Dallas penalty gave the visitors a first-half lead, however after Jake Andrews levelled things up on the hour mark, it was left to Connor Lemonheigh-Evans to replicate his late heroics against the same opponents back in December.

Boss Gary Johnson made one enforced change to the side that beat Wrexham in Wales last Monday, with Andrews replacing the injured Benji Kimpioka in the starting XI.

There was little to choose between the two sides during the opening ten minutes, with Asa Hall the first player to threaten, however his deflected shot from the edge of the box looped comfortably into the arms of visiting stopper Ethan Ross.

The recalled Andrews gave Ross a much more testing effort four minutes later, when, after taking down a marvellous crossfield pass from Adam Randell, he struck a vicious left-footed volley towards goal, forcing Ross to the parry the ball behind.

Randell was at the heart of much of The Gulls’ best moves, and in the 35th minute it was his superb right-wing cross that found Lemonheigh-Evans at the back post, with the Welshman’s low shot parried by Ross on the goalline.

Another Randell ball from the right produced another opening three minutes later, as Little fired narrowly wide near the penalty mark.

Just when Johnson’s men looked favourites to break the deadlock, The Terras took the lead against the run of play.

On 41 minutes, a ball from the right drifted to the far post, forcing Lucas Covolan to act, and with Dallas going down as the Brazilian looked to claim the ball, the referee pointed to the spot. Dallas picked himself up moments later and duly fired the ball home to give his team the advantage.

Ben Wynter, reacting quickest to dangerous Armani Little ball into the 18-yard box, went agonisingly close to restoring parity just before the break with a fierce volley that Ross did well to palm away, however as the two sides headed for the tunnel, there was plenty of work ahead for the men in yellow. 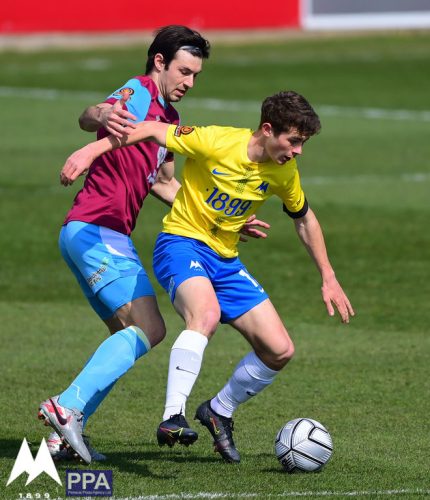 They wasted little time in trying to correct things, and they were unlucky not be level within ten minutes of the restart.

First, a deep free-kick by substitute Dean Moxey fell kindly for Joe Lewis, who saw his 15-yard strike cannon of the crossbar in the 49th minute. The woodwork came to the Dorset side’s rescue again four minutes later, as Little’s corner was met at the near-post by Hall, who could only watch on as the bar again prevented Torquay from registering.

It eventually took a moment of real quality to give United the goal they deserved.

Wynter’s brave header in the centre of midfield gave Danny Wright the chance to feed Andrews in space from 25 yards out, and it was with typical pin-point accuracy that he looked up before letting fly with a low drive that beat Ross low down to his left, before nestling in the back of the net. 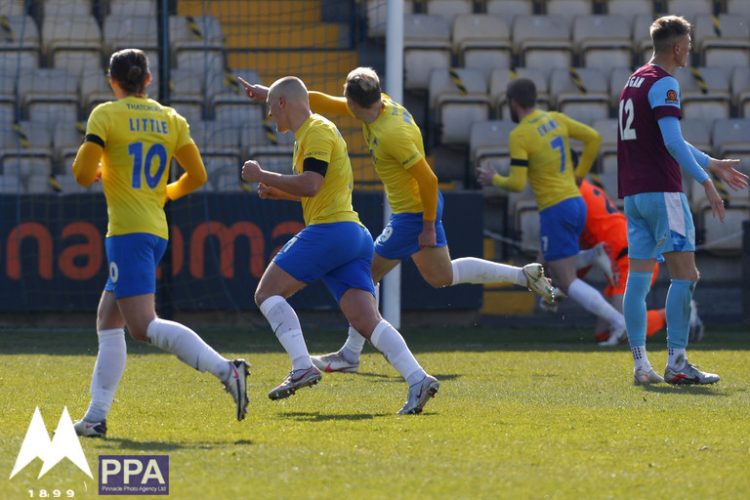 That set the stage for The Gulls to lay siege to the opposition goal, with Weymouth now forced to play a supporting role in between almost constant United pressure.

That pressure nearly told on 78 minutes, as a penetrating move down the right ended with Randell cutting the ball back for Lemonheigh-Evans, however his goalbound effort from 12 yards was blocked by a desperate Ben Morgan.

Undaunted, Johnson’s side continued to plug away, and with five minutes remaining, they got the goal they craved. Andrews, not content in his role as scorer, turned provider with a superb corner that Lemonheigh-Evans met perfectly with a back-post header to make it 2-1.

There was still time for a last-ditch challenge from Sam Sherring to prevent Dallas from spoiling the afternoon, however all roads now lead to Gander Green Lane on Tuesday evening, as Johnson’s men take on Sutton for what is potentially a pivotal match in the 2020/21 National League shake-up.