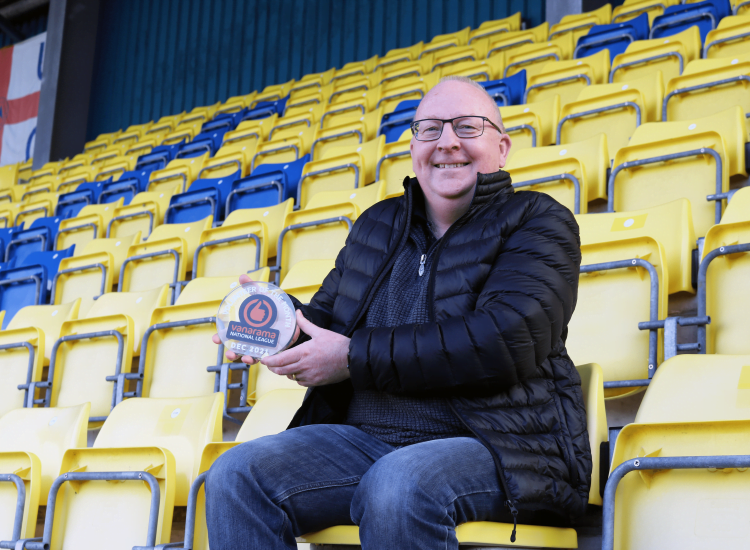 TUAFC is delighted to announce that Ric Robins has been awarded the Vanarama National League Volunteer of the Month Award for December.

Not content with having established himself as one of Plainmoor’s Matchday Stadium Announcers, Ric’s commitment to the cause has never been questioned. However, last month saw him fulfil a number of different roles in order to assist our media department, including a spell behind the microphone as co-commentator for United’s memorable Boxing Day home victory over Yeovil Town.

“It’s a great club to be part of, and the media team are a great team to be working with. It is a honour to be a part of Torquay United AFC, and it’s fantastic to have had the opportunity to be a part of the match matchdays.

“We have great fans, so I’d to thank the Yellow Army for their support too. I hope I make their experience at the match that bit better.”

Torquay United AFC is privileged to be able to call upon a whole host of volunteers, who all play a vital role in the smooth running of the Club.. Anybody who shares our passion for pushing our Club onto greater heights, and would like to join our team of volunteers either throughout the week or also on matchdays, are invited to contact us via yellowarmy@torquayunited.com, detailing which areas of the Club is of particular interest to them.