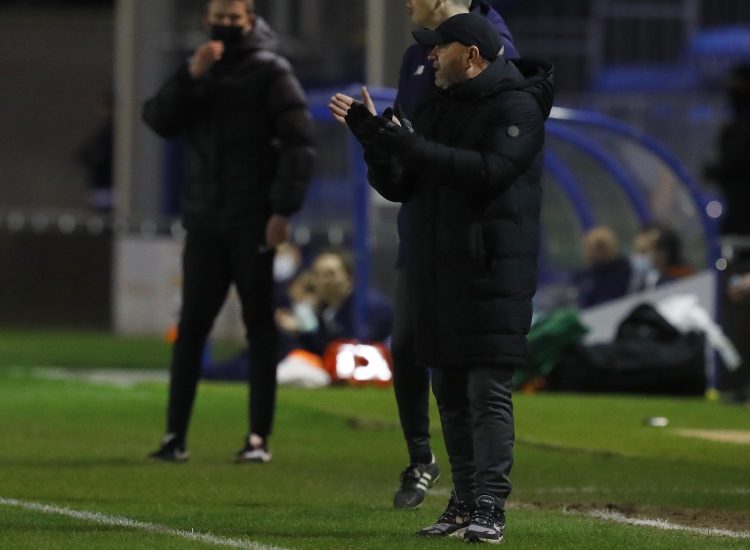 United manager Gary Johnson savoured a gutsy victory at Solihull Moors, as his team travelled back from the West Midlands with all three points.

Goals from Asa Hall and Billy Waters were enough to secure a 2-1 victory, a result made even more impressive given the fact that Torquay were without a number of key men for the clash at Damson Park.

“It was a good result,” began Johnson.

“Obviously we’ve still got a lot of lads at the minute who are playing because we’ve got to play them, and they’re not 100% fit, so it was a heroic performance really. At the end, we had three of four players on the pitch that wouldn’t normally play 97 minutes, but we had to keep them on.

“It was a heroic second half I thought, because we knew we were too open in our last few games, so we wanted to have a good shape, and make sure that we nicked the ball off them and broke on them. I thought we did that really well for the first two goals, and then obviously the shenanigans started happening, the goalie gets sent off , they score a goal and it gets a bit hairy-scary.

“We defended very, very well, including against the 6ft 9in biggest striker in the world. He [Kyle Hudlin] is the biggest striker in English football, and he’s going to cause you few problems, but I thought we dealt with that as best we could, and then the referee changed the game with the sending off of our goalie – we didn’t even know he’d got booked previously, and he didn’t know.

“Anyway we saw it out, and it’s that sort of win that sets you off again – even though they put us under pressure, we dealt with it. We were a bit weak with our defending on Saturday, but we defended like Trojans today, and I’m proud of them.”