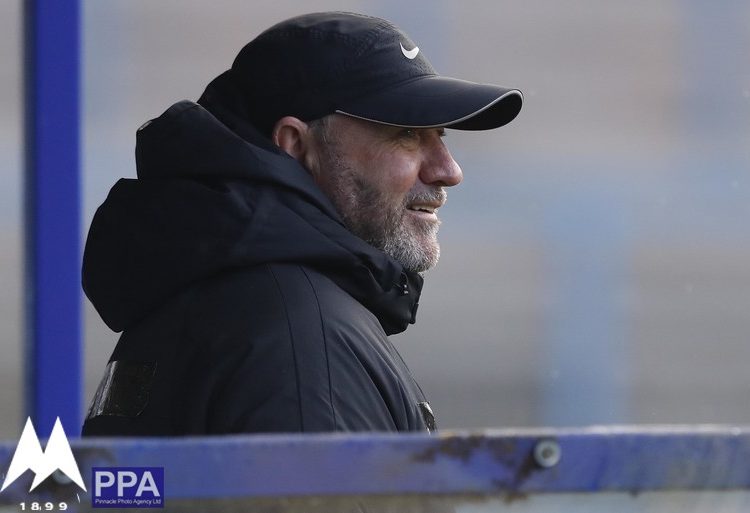 United manager Gary Johnson paid tribute to his players, after seeing the side display their never-say-die spirit once again to seal a late win at Weymouth.

“It was a great game, and a credit to both teams, because they both played two days earlier,” said Johnson.

“There was a lot of energy, and I thought there was a lot of skill in the game as well. I thought we started off really well. At 2-0 – maybe human nature – our boys took their foot off the pedal a little a bit, but they kept going, and they had their crowd to keep them going as well.

“Then, straight after half time, it was nice to get that goal again and make it 3-1. I thought the four goals – our three and their one – were magnificent goals, they were real text book, good quality player goals.”

Having seen 2-0 and 3-1 leads wiped out in what was a gripping encounter, Torquay eventually took all three points thanks to Connor Lemonheigh-Evans’ 87th minute strike, with a change in personnel playing no small part in the late turn of events.

“I made the subs for the right reasons, some you win, some you don’t, but all three played a big part. We had to move Connor forward, and a couple had to come off because they had put in a lot of energy. In Moxey and Josh, they worked really hard and I just wanted to freshen it up a little bit.

“I knew Jake would be clever when he came on, and see the game out for us if he needed to. Connor still had the running, Kyle still had the running on the left, and Gaz Warren came on and had the best 15 minutes I’ve ever seen from a sub – Gaz just told me to say that, but it’s true!

“I was really pleased with the way we finished obviously, it’s just a great result for us and we carry on. Don’t leave early when you’re us!”

Since the side drew a blank in successive league games against King’s Lynn and Dagenham, The Gulls have registered ten goals in two matches against Yeovil and Weymouth, with Johnson delighted to see his team back to their prolific best.

“It’s unbelievable. We knew that from King’s Lynn, Dagenham and maybe even Chesham, it never looked like our game. In those games, that wasn’t mine and Downesy’s team, but we worked really hard on the very few days we had with them, just to go back to what we know we are good at. We actually showed them some of the good bits of play from other games, and how we just had to get that back in our minds.

“I know its 4-3 and people will say Weymouth are down there, but so are Yeovil, and they’ve just beaten Aldershot today, so there are no givens. We’ve worked hard in training to get our game back and the last two games we’ve certainly seen that. Me and Downesy have worked really hard on our shape and pattern, our mentality, our fitness, all you can think of – we’ve put in the hours over these last few days.”

With his side having royally entertained their loyal supporters during the last match of 2020, the Gaffer finished by wishing the Yellow Army all the best as the club heads in 2021 in pole position.

“Happy New Year to our supporters, thanks for watching or listening. We look forward to seeing them at the next game.”