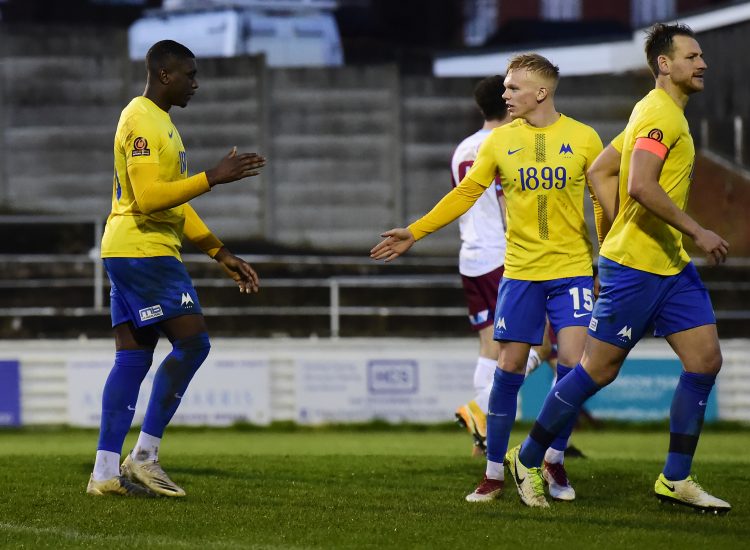 United came out on top against Chesham in their FA Trophy 3rd Round clash at The Meadow on Saturday.

After a goalless first half, Josh Umerah’s goal just after the break was enough to separate the two sides, as The Gulls made their way safely through to the Round 4.

United started well, with some neat work in midfield seeing the ball played into the path of Umerah, however Torquay’s bustling targetman couldn’t quite provide the finish to give his side a first-minute lead.

Perhaps unsurprisingly, Johnson’s men enjoyed the bulk of possession thereafter, without putting Generals’ keeper Sam Beasant under too much pressure.

One left wing cross did grab the attentions of Ben Whitfield,  however after making a late run to the back post, he couldn’t quite stretch enough to steer the ball home. 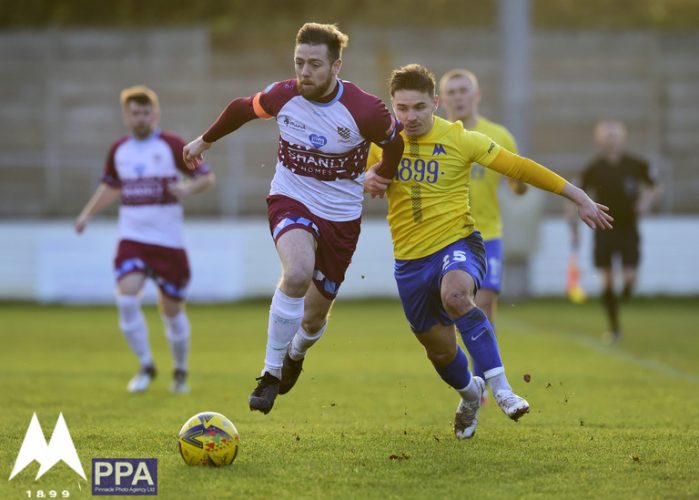 One delicious crossfield ball from the returning Little in the 34th minute provided ample invitation for stand-in right-back Adam Randell to surge deep into the Chesham half, and after threading the ball into the path of Umerah centrally, the ball was fed out to Waters on the edge of the box, whose goalbound strike was blocked at close range.

The same man had the ball in the back of the net moments later, however after receiving the ball following a typically penetrative Whitfield run, his feint and dink of the ball past Beasant were deemed irrelevant, with the Assistant Referee’s flag up for offside.

In a similar vein to Tuesday evening’s second-half, United were rarely troubled by defensive duties, with the hosts spending the majority of the first 45 minutes in and around their own penalty area, with only the odd free-kick serving as respite.

It remained scoreless at the halfway point though, with Johnson no doubt eager for his team to rediscover their scoring touch in front of goal during the second period.

It didn’t take long for his half-time team talk to pay off.

After winning a free-kick on the left edge of the 18-yard box, Little floated in an excellent delivery into the heart of the danger area, which beat the flailing arms of Beasant, but not Umerah, who powered home a header from six yards out to put United 1-0 up. 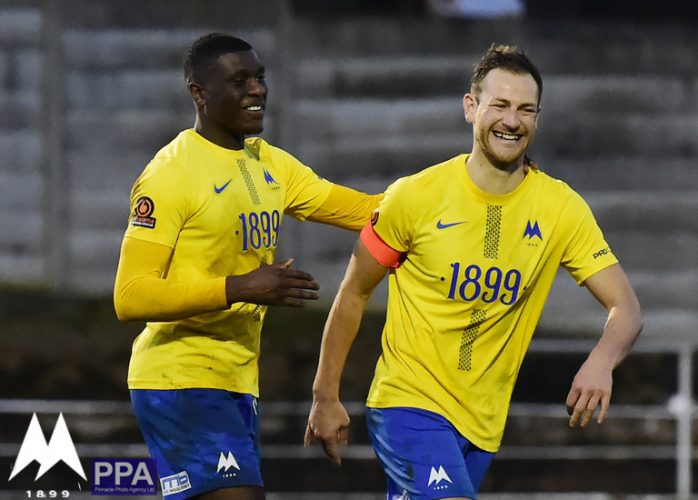 Another probing ball into the box – this time from a centrally placed free-kick – was flicked into the goalmouth where Umerah was lurking, however on this occasion his rising drive cannoned of the crossbar, before a linesman’s flag put paid to any debate as to whether the ball had crossed the line.

Jake Andrews, at the back post two minutes later, just failed to prod the ball past a combination of goalkeeper, defender and woodwork moments later, as Torquay’s dominance continued.

Having spent so much of the game on the back foot, it wasn’t until the 71st minute that the home side created an opportunity of their own, as Bradley Clayton’s strike nearly looped up and over Covolan, who had to dive full-length to keep United’s lead intact.

Clayton went close again with a low drive three minutes later, however this time the effort drifted wide of the post.

Chesham certainly upped the ante as the game began to edge towards the 90-minute mark, as Johnson’s side were forced to soak up some pressure for the first time.

Eion Casey’s stoppage-time effort, fired wildly over the bar from six yards was the closest they came though, as United saw out the remainder of the game with relative ease to secure their place in the last 32 on the competition.