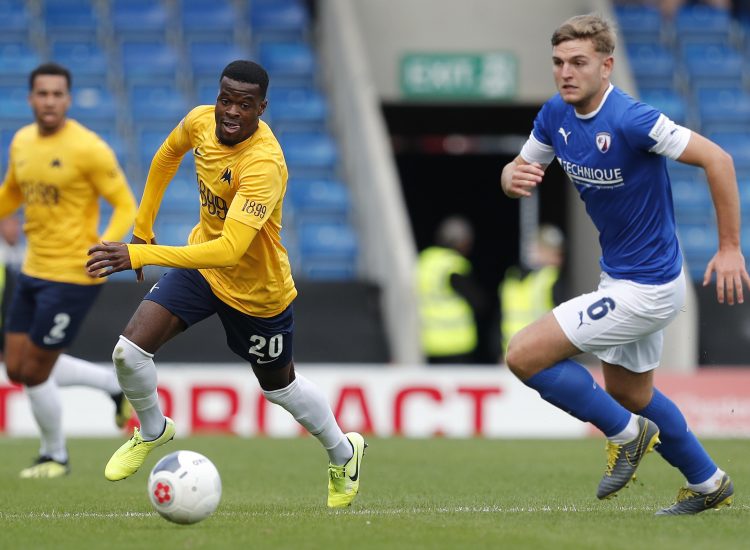 Despite bossing the game for large periods, United suffered a single-goal defeat at Chesterfield’s Proact Stadium.

Scott Boden’s goal on twelve minutes proved decisive, with Torquay unable to press home their territorial advantage in a one-way second half.
The Gulls’ injury-hit squad took another blow in the week, with Jake Andrews missing the encounter – Kalvin Lumbombo-Kalala’s match-turning display against Harrogate earned his a recall in his place. The other change saw another of last week’s substitutes, Ryan Dickson make his first start since returning from injury, at the expense of Joe Lewis. Young striker Olaf Koszela also took his place on the bench, following a loan spell with Tiverton Town.
The first chance of the game fell the way of the home side in the second minute, with Boden firing a header just wide when well placed.
Gary Johnson’s side wasted no time in responding however, with a lovely breakaway move two minutes later seeing Ben Whitfield feed Lumbombo-Kalala, with the Frenchman’s cross finding Manny Duku, who fired narrowly wide.
Chesterfield broke the deadlock on 12 minutes. After failing to sufficiently clear their lines, a long ball forward saw appeals for offside turned down, leaving Boden with space to put the hosts ahead.
It nearly got worse a few minutes later, as a Chesterfield corner caused chaos inside the box, with Liam Davis having to be alert to clear off the line. 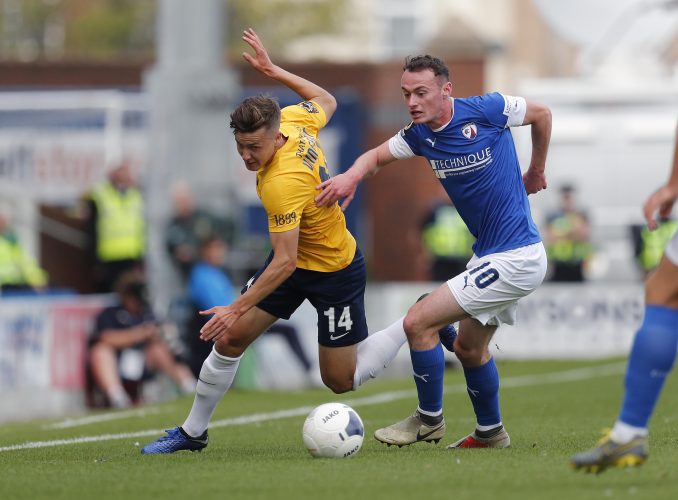 Chesterfield, without a win this season, were understandably showing a few nerves, and although United were enjoying plenty of possession, indecision over the final ball was denying the front line of the service they required to start testing the ‘keeper.

With the deficit remaining at 1-0 until the interval, Johnson’s men knew they would again have to produce a second-half turnaround to avoid going home empty-handed.

Following the break, the impressive Ben Whitfield sent in a delicious cross that just evaded both Jamie Reid and Duku, with neither able to steer the ball home. 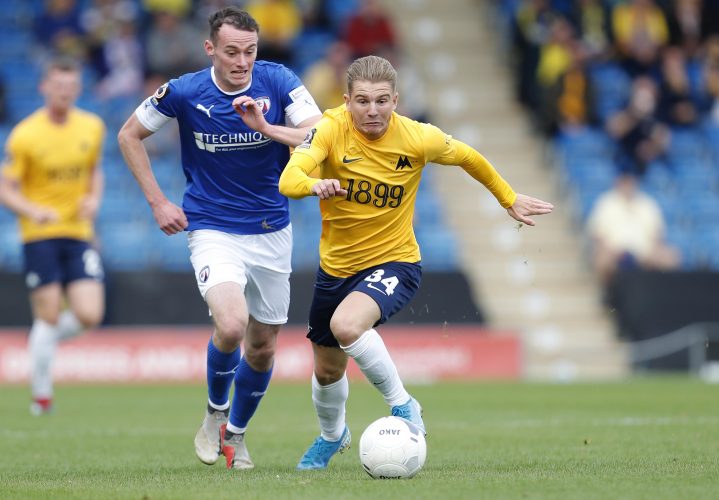 The Gulls had certainly moved up a gear, as they dominated the second period from the early stages, but Luke Coddingtonin The Spireites’ goal was still relatively untroubled as the game reached the hour mark.
In the 72nd minute, United did create a chance out of nothing, as Curtis Weston’s poor pass was intercepted by Reid, with the league’s leading scorer taking aim and firing just wide from 25 yards.
As much as they pressed and pushed Chesterfield’s nervy backline, Torquay couldn’t quite create the chance that would draw them level, and as the game entered the dying stages, things became increasingly desperate, with the hosts now happy to sit back and soak up the pressure.
When the final whistle did finally blow, United’s players couldn’t have given any more in terms of effort, with frustration the overriding feeling for a side which had dominated large portions of the match.
Johnson’s men will be looking to return to winning ways on Saturday, as they return home for the visit of Dagenham & Redbridge at Plainmoor. Tickets are available here.
Chesterfield: 12. Luke Coddington, 4. Josef Yarney, 5. Will Evans, 6. Laurence Maguire, 7. Joe Rowley, 8. Curtis Weston, 10. Liam Mandeville (15. Robert Weir, 71′), 19. Scott Boden (18. Jermaine McGlashan, 90+3), 23. Jonathan Smith, 24. Tom Denton (36. Mike Fondop-Talom, 75′) 26. Haydn Hollis. SUBS NOT USED: 1. Shwan Jalal, 33. Jay Sheridan.
TUFC: 28. Lucas Covolan Cavagnari, 2. Ben Wynter, 3. Liam Davis, 4. Kyle Cameron (c), 9. Manny Duku (18. Olaf Koszela, 78′), 14. Frank Vincent, 16. Ryan Dickson (15. Matt Buse, 55′), 19. Jamie Reid, 20. Kalvin Lumbombo-Kalala, 25. Robbie Cundy, 34. Ben Whitfield. SUBS NOT USED: 1. Shaun MacDonald (GK), 6. Joe Lewis, 23. Louie Slough.
Attendance: 3,706 (304 away)
previous article next article