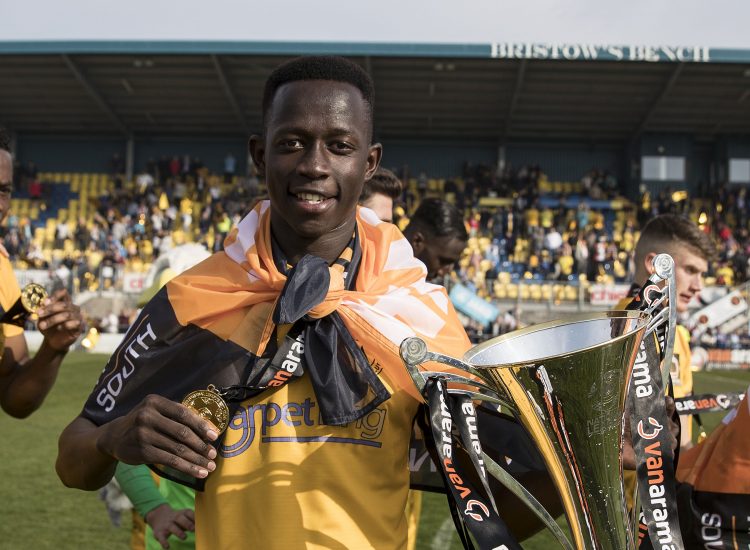 Torquay United is delighted to announce that Bristol City striker Saikou Janneh has rejoined the club on loan until January.

The opportunity for him to re-establish his dynamic partnership with fellow frontman Jamie Reid is a huge boost for a team that has already established itself as the most prolific side in the National League this season.

Manager Gary Johnson was understandably delighted to welcome Saikou back to Plainmoor.

“We’re very lucky to have the pleasure of Saikou’s presence, at least up until January,” said Johnson

“He was due to go to a League club before he got injured, and after speaking to ‘Saiks’ about the move back to us when he became fit, he showed me all the enthusiasm and willingness to come back to us.

“Bristol City have given us the accolade of helping Saikou in his development. I’m sure the fans will be happy with him coming back, and it was probably the worst-kept secret ever.

“I’m sure he’ll get a warm welcome on his return to Plainmoor on Tuesday.”

Look out for an interview with Saikou coming to Official TUFC TV soon.