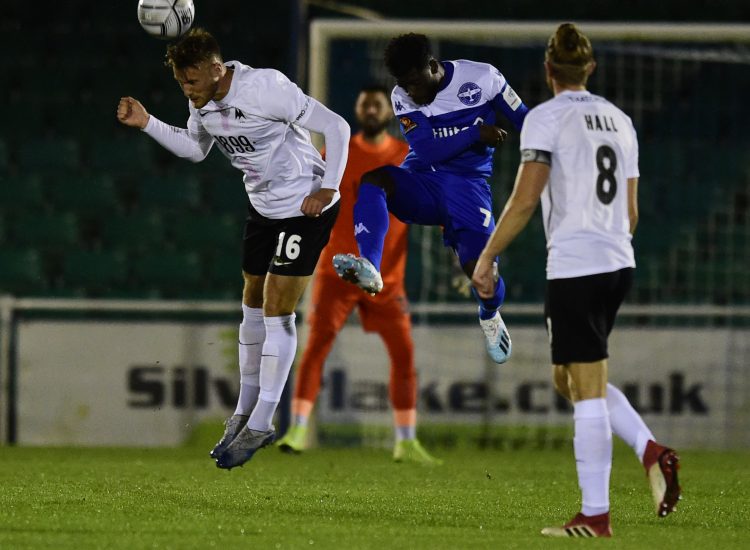 It was a tale of two halves in Hampshire, as Eastleigh came back from behind to beat United 2-1 at the Silverlake Stadium.

Loan signing Sam Sherring had The Gulls celebrating early on during a superb first-half showing, however the roles were reversed in the second period, as two goals from Ben House sealed a 2-1 victory for the home side.

United manager Gary Johnson made one change to the side that beat Stockport County 1-0 on Saturday, with skipper Asa Hall replacing Matt Buse, who dropped to the bench.

United began the game in positive fashion, and enjoyed plenty of possession in the early stages.

Kyle Cameron forced home ‘keeper Joe McDonnell into a fine save from Connor Lemonheigh-Evans’ 7th minute corner, however the referee brought a halt to any hope from the rebound, after signalling for an infringement.

Lucas Covolan, in the opposite goal, was called into action four minutes later, being forced into a fine save to deny Abdulai Baggie after Eastleigh managed to find space down The Gulls’ right-hand side.

That chance for the hosts provided some brief respite, as Johnson’s men continued to dominate, with some nice passing moves just lacking the finishing touch.

Ben Wynter went close to applying that touch in the 23rd minute, with a lovely move down the right wing ending with Danny Wright feeding Torquay’s right-back firing in a firm left-footed effort, which was deflected behind for a corner.

The breakthrough wasn’t far away.

Lemonheigh-Evans’ flag-kick was bang on the money, finding Sherring at the near-post to glance a header into the net to give his side the lead. 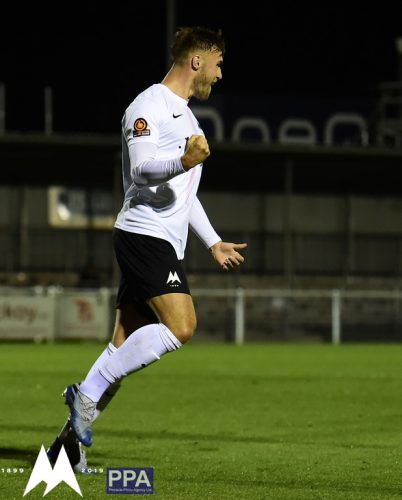 The Spitfires nearly levelled things up moments later from a similar situation, as Tyrone Barnett’s flick from a corner found Joe Partington in space, only for the Eastleigh captain to head wide with the goal gaping.

That let-off only served to rejuvenate Johnson’s men, who created another chance on the half-hour, with Josh Umerah’s left-footed cross just eluding the onrushing Jake Andrews, amid vociferous appeals for a penalty. The officials though, were uninterested.

Undeterred, Torquay continued in their pursuit of a second goal, with Ben Whitfield setting Hall up for a drive just outside the box, which flew uncharacteristically wide of the target.

The pattern remained the same as the half headed towards the interval, with Whitfield seizing upon a raking ball forward to fire in an effort of his own in the 41st minute, however McDonnell smothered the shot to prevent United extending their advantage.

Eastleigh sent out a reminder that a single-goal advantage is rarely completely comfortable, as House robbed Kyle Cameron before ending a surging run with a curling effort that drifted over the bar.

A goal to the good then at the break, and more of the same in the second period would certainly have been the order of the day.

The home side, though, were clearly eager to make up for a timid showing in the first 45, and began to impose themselves on the game in the immediate stages following the restart.

United defended well though during that period though, although a challenge from Whitfield on Sam Smart inside the box just past the hour mark did force the referee to wave away fervent appeals for a spot-kick. 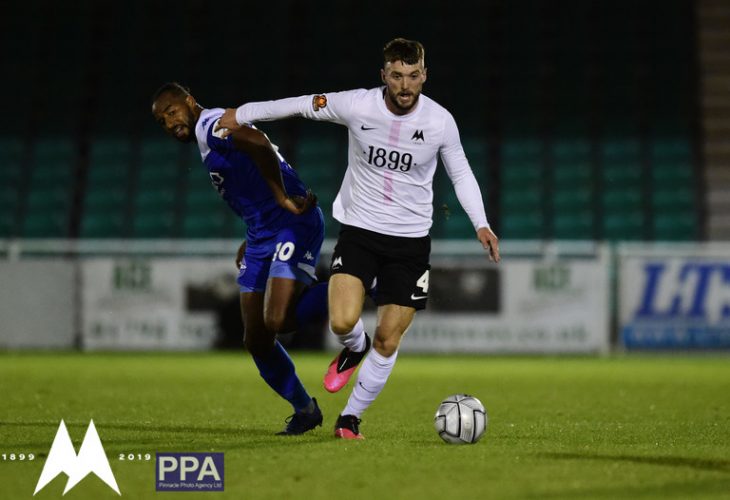 The pressure was beginning to tell though, and moments after Baggie nearly profited from a right-wing cross, Eastleigh finally drew themselves level.

After robbing Whitfield of possession, House’s run took him far enough away from Cameron to rifle a low shot across Covolan and into the far corner of the net.

Having played second fiddle to Johnson’s men in the first half, The Spitfires were now in the ascendancy, as Torquay were forced to soak up possession for long periods.

After failing to adequately deal with the threat down the right, a dangerous ball from Smart just inside the touchline found the head of the House, who stooped to make it 2-1.

United roused themselves in a bid to repeat Saturday’s late heroics, however there was to be no late drama on this occasion, as Eastleigh held on to inflict a first defeat of the season on The Gulls.

United have little time to feel sorry for themselves though, with their next test coming on Saturday, as they look to bounce back with a trip to Bromley.